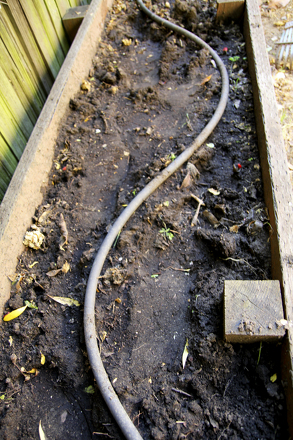 Is your child curious how characters in books and movies are often able to track the movements of other people or animals by studying and following the tracks they make in the dirt? Conduct a simple experiment with your child to study how dirt tracks change as they age.

Real trackers do not have records in a notebook to tell them when a track was made, but they do have detailed knowledge of the world around them. If they can see that a track was made before a rainfall, and they know it rained four hours ago, then they know the track is more than four hours old. If a track is free of loose leaves and debris, whereas the rest of the ground is full of them, trackers know the track is very fresh.

If your child enjoyed this activity, you can extend it by taking him to a place where tracks are easy to find, such as a park with a muddy stream bed or sandy wash. Find some of the clearest tracks, and let him use the signs to make educated guesses about when people and animals have passed by.