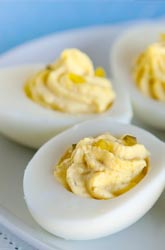 Brain foods are natural ingredients that have been proven to help improve performance of the brain by increasing the ability to concentrate and focus, to retain memories, and to think more clearly. Here are five brain foods and snack ideas for kids to help them do their best in the classroom and beyond.