Log in with different email
For more assistance contact customer service
School and Academics
Poverty and Equality
Do Afterschool Programs Give Students a Boost?

Do Afterschool Programs Give Students a Boost? 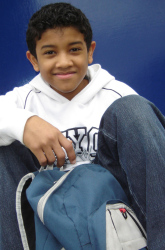 From eating a nutritious breakfast in the morning, to listening to Mozart on the way home, people are full of ideas for making students succeed in school. But an increasing number of studies show that an educational cure for problems as varied as crime, poor school performance, and social woes may be as simple as a good afterschool program.

These programs traditionally served to keep kids occupied until their parents got out of work, but new research says it provides a boost for many kids. According to a new study of 35 afterschool programs serving low-income elementary and middle school students, children that regularly attended a program were academically far ahead of their peers. Not only did test scores increase, but their work habits, social skills, and behavior also improved with increased afterschool activities. “These findings underscore the importance of high quality afterschool programs and activities for both elementary and middle school youth,” says Deborah Lowe Vandell, PhD., Chair of the Department of Education at University of California at Irvine and the study's lead author. “In contrast, unsupervised time spent either hanging out with peers or even at home alone watching television is problematic for young people.”

It's no secret that juvenile crime rates spike in the time between school letting out for the day (around 3pm) and parents arriving home from work (around 6pm). But studies such as this one suggest that afterschool programs do more than just keep kids occupied during the afternoon. Most programs offer enrichment opportunities that seek to make learning fun. “I constantly give cooking as an example,” says Jodi Grant, Executive Director of the Afterschool Alliance, a nonprofit organization raising awareness of the importance of these programs. “It's a great way to learn about nutrition, math, and measurements. What a great way to teach kids about science!”

So, if the academic and social gains to be made are so clear, why aren't more kids in afterschool programs? According to Grant, there is simply not enough funding to provide afterschool activities for all. “Many of the programs are oversubscribed,” she says, and points out that the last six years have shown no increased funding for afterschool programs. However, a new spending bill which dedicates $100 million more in funds was recently passed by Congress and signed by President Bush on Dec. 26, 2007. The increase will allow for the development of more afterschool programs in the coming years.

Next Article: Legislators Look to Turn Around Drop-Out Rate
We enable strictly necessary cookies to give you the best possible experience on Education.com.Cookie policy