Log in with different email
For more assistance contact customer service
School and Academics
Books Based on Subjects
An Invite to the Antarctic!

An Invite to the Antarctic! 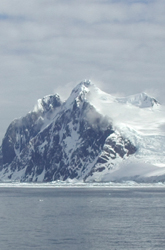 Have you ever wanted to explore something really different? To take a break from the norm and experience something extreme? Well, how about going to Antarctica? Award-winning author Nancy Etchemendy, who admits to being "very attracted to sort of extreme environments," will be joining a team of scientists and researchers on two month-long voyages aboard the icebreaker Nathaniel B. Palmer, to the Antarctic's Weddell Sea. And Etchemendy wants children of all ages to come along for the adventure.

Her purpose is simple – to make the voyage interesting, engaging and exciting for young and old readers alike who will follow along online and experience the Antarctic alongside the Palmer's team.

The Weddell Sea has seen a number of its massive coastal ice shelves begin to break up in the past decade. Because the resulting icebergs have appeared so recently, much is unknown about the complex effects they may be having on air, water and even weather patterns. A 2005 study showed that large and small icebergs alike are surrounded by "halos" of rich marine life extending several kilometers in all directions. But many questions remain mysteries, and the scientists are hoping to learn as much as possible about the icebergs themselves, including how and why they are changing. They also want to know how those changes might effect environmental carbon dioxide levels.

Complicated stuff, right? Well, not necessarily. Etchemendy will be working to make it all not just interesting, but accessible, to children and teens. She'll be making daily posts to two blogs directed at different age groups. The first, "Unarctica", is aimed at 8 to 12 year-olds and combines "fiction, science and journalism" in an engaging and stimulating storyline designed to make the Antarctic adventure a real page-turner for kids. Etchemendy says she had trouble getting through non-fiction material as a child because it was "all about grown-ups doing grown-up things in a grown-up fashion." With that in mind, she is shaping "Unarctica" into a more kid-friendly story that is narrated by a 12 year-old boy who is a character in one of her novels.

For teens and adults, Etchemendy is writing "Rime of the Modern Mariner: A Horror Writer's Journey to Darkest Antarctica." This is being presented in "standard journal format", only more interestingly than you'd expect. The blog relays scientific information – what the team is studying each day, what their observations are, and what it all might mean - as well as a description of day-to-day life on the icebreaker, with a weaving in of the personalities involved. Etchemendy notes, "I'd like to humanize this as much as possible, so readers can begin to know and understand the people on the icebreaker. Whether they are scientists, engineers, sailors or cooks, they're all making interesting contributions in their own ways."

Both blogs have already begun being posted preliminary to the voyage, and can be read at www.icebreakerblog.org and at etchemendy.com. Photos of the expedition will also be included, and readers will have the unique opportunity to ask questions and have them answered – within 24 hours. In making this project interactive, Etchemendy and the Palmer's team, not to mention the sponsors at the National Science Foundation (NSF), hope to pique the interest of captive youngsters in the sciences.

Next Article: Crazy for Castles!
We enable strictly necessary cookies to give you the best possible experience on Education.com.Cookie policy