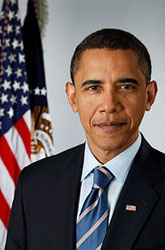 During the 2008 presidential campaign, and after Barack Obama was elected, we brought you coverage of the new President’s plans for education. Has Obama and his administration made good on his education promises? Let’s rewind the tape, and look at what’s been done in the last four years to promote change in seven key areas:

In 2008, Obama said he wanted to “provide funds for states to implement a broader range of assessments that can evaluate higher-order skills, including students’ abilities to use technology, conduct research, engage in scientific investigation, solve problems, and present and defend their ideas.” The biggest movement on the assessment front is something called the Race to the Top Assessment Program.

Basically, an extra $330 million in grant money was provided to two groups of states to create new assessments that, according to the Department of Education, “are valid, support and inform instruction, provide accurate information about what students know and can do, and measure student achievement against standards designed to ensure that all students gain the knowledge and skills needed to succeed in college and the workplace.”

The new tests are projected to be ready for use in schools in 2014. It is too early to determine if these tests are going to provide a more accurate picture of student learning, according to Jennifer Cohen, Senior Policy Analyst at the New American Foundation, a nonprofit, nonpartisan public policy institute, and there are still challenges that lie ahead for this program.

One of which is the issue of the Common Core Standards, a set of educational standards for English language arts and mathematics that states can voluntarily adopt. The new tests will be based on this set of standards, but not all the states want to adopt the Common Core Standards, either because of politics or because, as in the case of Virginia, a state “thinks their standards are as good or better, and they don’t want teachers to go back and relearn the new standards,” says Jack Jennings, founder of the Center on Education Policy, an independent advocate for public education.

“As a parent, I would be concerned because Americans move around a lot (more than in any other industrialized country) and if they move, suddenly their kids are going to be taught very different things,” he says.

And on the policy side, it’s difficult to create good assessments across the board if everyone isn’t willing to go along. All Secretary of Education Arne Duncan and President Obama can do is hope that these common standards hold up, so that other states may want to fall in line, Jennings says.

In 2008, President Obama voted no on vouchers that would use public money to send kids to private schools because he thought they depleted resources for those kids most in need. He said yes to charter schools offering public schools healthy competition, and he has delivered on that promise by providing some competitive grant money to states that start up charter schools. But, has accountability measures for those charter schools been put into place as he promised?

Yes and no, says Jennings. “Charter school kids have to take the test under No Child Left Behind, so there is accountability in that parents know the tests are the same for other kids [in public schools in that state],” he says. “But, there is controversy about whether charter schools are shut down fast enough.”

National evaluations based on test scores show that charter schools are not more successful than public schools, and in some cases charter school kids perform worse on state tests. “They’re very popular with parents, especially in the inner city, but their educational worth is an open question,” Jennings says.

The kicker is that because the closure of schools—whether public or charter—is the responsibility of states, not the federal government, there’s not much President Obama can do to ensure bad charter schools are no longer in operation.

No Child Left Behind

While Obama did not have kind words to say about this policy heading into his presidency, he never made any promises to kill the bill and start from scratch. He did say he thought some serious reforms were needed, especially in relation to teacher quality and retention, and offered ideas for professional development programs as a way to combat the issue.

While the financial crisis, two wars, and a deadlocked Congress may have detained President Obama from his promise to overhaul No Child Left Behind, he did create grant programs to resolve some of the fall-out of this controversial bill. Jennings said these grants “saved tens of thousands of teacher’s jobs and added money to states to offset state budget deficits.”

Though NCLB is four years overdue for renewal, and in desperate need of a make-over to its now-archaic provisions, Congress has just begun the process of reauthorization. The bill calls for states to reach 100 percent proficiency in reading and math tests in 2014, or they face several sanctions, including the loss of federal funding. “No state is going to reach 100 percent proficiency in 2014 and states can’t afford to lose the money,” says Cohen.

As 2014 loomed, and the slow legislative process lagged on, Obama and Duncan realized something had to be done, so in September of 2011 they announced a waiver scheme that allows states to exchange aggressive NCLB goals for reform measures. "To help states, districts and schools that are ready to move forward with education reform, our administration will provide flexibility from the law in exchange for a real commitment to undertake change. The purpose is not to give states and districts a reprieve from accountability, but rather to unleash energy to improve our schools at the local level," President Obama said.

Most states seem happy with the arrangement because they can change what they find most burdensome about the bill. But, it’s still early days. “It’s hard to assess the success of the waivers because very few states have gotten going, but it definitely is the closest thing to relief,” Cohen says.

As with all bold political moves, this one isn’t without criticism. “People are claiming that the President and Secretary don’t have the constitutional right to trade regulations for reform. The lawyers say they do,” Cohen says. Regardless of the feeling on either side, Cohen says that until Congress reauthorizes NCLB, “waivers are the only way out.”

Obama hedged his bets on the American Opportunity Tax Credit, a refundable credit ensuring that the first $4,000 of a college education is free for most Americans. He also planned to get aid money by using public instead of privately funded loan providers. Obama made good on these promises, and the results seem to be positive, especially for low-income students trying to get a college education.

The act of cutting out private banks and instead letting the federal government provide loans directly freed up billions of dollars to be put towards Pell Grants and into other post-secondary education grant programs.

An expansion in the American Recovery and Reinvestment Act provided an additional $17 billion over two years for Pell Grants. “When they expanded the maximum grant level, they expanded the number of students able to receive a grant and a lot more students are going back to school,” Cohen says.

Universal Preschool v One of Obama’s education goals was to create a voluntary, universal preschool program to help close the achievement gap before it starts.

Through the Race to the Top program, Obama has been able to put good preschool programs within reach for many families. The last in the series of competitive grant funds were set aside for states to develop universal preschool programs, with a focus on regulation.

Unlike public schools with districts and solidified funding streams, preschool education is funded from a melting pot of grant money, including the federal Head-Start program. Each source of funding has a different set of requirements, and this means that there’s “no one governance structure, no one set of requirements, and no one way that preschool teachers are trained,” says Jennings, leading to “uneven quality” in preschool education.

The Race to the Top money is intended to encourage states to create common standards and rules for regulating preschool. “It sounds bureaucratic, but what he’s proposing would go a long way to improving preschool education,” he says.

In order to meet the science and technology needs of future industry, Obama wished to beef up opportunities for learning in these fields by recruiting better math and science teachers, developing math, science and technology curriculum at all grade levels, and changing the way these subjects are tested so that students are assessed based on their knowledge of the skills, not the facts.

Similar to the issue of universal preschool, Obama has been able to increase funding for programs that make education more STEM focused, but hasn’t been able to set much in law because of Congress.

Though the funding has not increased massively, Jennings says the money that has been allocated has “led to more teachers being trained in math and science,” which many see as the key to improving math and science education.

Despite the bane of teachers unions, Obama wanted to open up the idea (read: can of worms) of paying teachers based on their performance.

In this area, Obama definitely put his money where his mouth is by allocating funds for experiments in merit pay. Whether that has worked to improve teacher quality is up in the air. “There are very few successful merit pay systems because it’s difficult to figure out the criteria. We have a long way to go before anyone figures out a way to do it,” Jennings says.

Obama’s camp wants part of the criteria for evaluating teacher merit to be student test scores—a very controversial idea for education traditionalists, especially within teachers unions. But, Obama’s Administration has chipped away at this traditional mindset, and some groups of teachers are now reluctantly agreeing to allow student test scores to be one of many variables in determining teacher quality.

Though legislation will have to come at the state level, there are a few states, including Colorado and New York, that have passed teacher evaluation laws that take test scores into account. “This is a major change in the last four years,” Jennings says.

Though Obama stressed the importance of education from the get-go, the issue has taken a back seat to heavy hitters like the War the Terror, the financial crisis, and the health care law. Add to that a fiercely partisan political environment locking up Congress, and it’s clear that Obama has had a difficult time enacting the change he promised.

Jennings thinks any evaluation of Obama’s performance on education issues should keep this in mind. “Obama has done much more than could have been foreseen when elected,” he says.

Next Article: New Secretary of Education Arne Duncan: What It Could Mean for Kids
We enable strictly necessary cookies to give you the best possible experience on Education.com.Cookie policy