Decisions, Decisions: Letting Your Child Make His Own 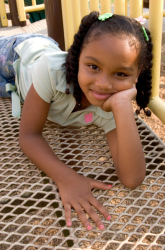 It can be as simple as asking your child to choose between brushing his teeth before or after story-time, or as complex as asking him to ponder the outcome of going to the grocery store in his pajamas. At some point, your child needs to know that there are consequences to every decision he makes and that the results of his choices affect not only him, but also others around him.

Children are constantly making decisions, but all too often we step in and ‘correct’ them, or steer them in a different direction to ensure a good result. That’s normal – what parent wants their child to fail or suffer embarrassment? And it’s okay to admit you’d like to avoid embarrassment yourself! But the time will come when your daughter will need to make a decision and you won’t be available for consultation. With that future moment in mind, start decision training now.

Begin with some baby steps. First, help your child recognize when she’s made a good versus a poor choice. When she snatched her brother’s toy and ran to her room, he cried. Was it a good or bad choice? When your son decided to help Dad rake the leaves in the yard, Dad finished the chore early. Poor choice or good choice?  Stepping back and letting your kids choose freely is important to their development, but that’s certainly not to say that if your son kicks a ball into the road and runs after it, you should let him, so that you can discuss whether it was a good choice or not! When there’s a direct threat or danger to your child, absolutely take back the reigns and make the choice for him. Then take that opportunity to discuss why you acted the way you did. In the future there’s a better chance your child will remember that running into the road is unwise.

No one learns to make consistently good choices overnight. As unintuitive as it may sound, growing independence takes guidance. When your child is faced with a decision, help him fully understand the problem at hand. Then ask what he thinks he can do to solve it. It’s okay to brainstorm possible solutions, as long as your child is the one elaborating on the idea. Don’t feed him the choices. Just listen as he lays them out. Once he’s decided what he’s going to do (for good or bad), ask him why he believes it to be the best choice and what he thinks the results will be. Then follow up! Once the choice is made and the event over with, review the decision. Did it work? Did it fail? Going over a decision after the fact helps kids link actions to consequences.

All too often, parents focus on pushing kids to make the “right” decision, hoping to shield them from disappointment. But sometimes it’s the bad decisions that teach kids the most. Give your child the opportunity to discover things through trial and error. If he decides he’s going to wear his Spiderman costume to church, you can talk it through with him, but ultimately it should be his choice- no matter how much you’re cringing inside. He’ll feel empowered, and won’t resent you for making him put on that scratchy sweater-vest. And he’ll be that much more prepared for all those bigger decisions laying further down the road.