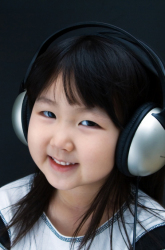 There's certainly much more attention on kids music these days – in the press, from record labels, and (especially) on TV, where Jack's Big Music Show turned Laurie Berkner from a star into a superstar, and the Disney Channel now plays videos from Ralph's World, They Might Be Giants, and Dan Zanes. But there are plenty of other artists who haven't appeared on your cable channel or NPR or won a Parents' Choice Award. Yet.

Here are five self-distributed albums that are tremendous fun for the whole family. And you can say, "I knew them before they hit it big."

Lunch Money, Silly Reflection – A small jewel of indie-kids-pop, released in late 2004 by the South Carolina trio. Songs about tricycles, riding roller coasters, and wanting a dog are perfect for the preschool set. Fabulous packaging makes this a great gift, too.

Dog On Fleas, When I Get Little – This album, the New York band's fourth, is filled with new tunes that sound like they've been around forever. The songs talk about peace and wonder without being at all preachy. Fans of Dan Zanes' eclectic song stylings will enjoy this.

The Sippy Cups, Electric Storyland – This Bay Area band started out covering '60s and '70s songs in an elaborate kid-friendly show. On this album, however, they use that era's songs as inspiration for a whole set of brand new preschool power-pop and psychedelic rock celebrating imagination and understanding.

Recess Monkey, Aminal House [sic]  – This album was an outgrowth of a summer music camp the Seattle band conducted with preschool and elementary school students. The result is an animal-themed CD that includes a lot of Beatles-influenced songs and a few humorous sketches.

Ginger Hendrix, Macaroni Boy Eats at Chez Shooby Doo – You don’t need a studio full of musicians to make a winning kids CD. This Southern California mom shows how much you can do with just a guitar. Like the best lyricists, her wit is sometimes broad for the kids and sometimes sly for the adults. The last tracks, recorded live at a local preschool, are templates for people leading their own singalongs.

There are many more than these five albums and artists who aren't yet known to the kids-in-tow set. But these albums are among the best of recent releases. It just goes to show that there are plenty of musicians worth listening to when it comes to family music – whether they’ve hit the national radar, or not.

Next Article: Baby Loves Disco!
We enable strictly necessary cookies to give you the best possible experience on Education.com.Cookie policy