Albums to Tame the Savage Beast 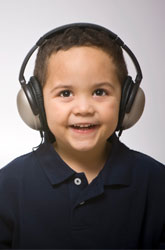 If you’ve been playing your kids the same tired lullaby CDs since the time they first came home from the hospital, it may be time for a change. Sure, they may secretly love it when you sing "Skidamarink" to them as part of their bedtime routine, but when you crank up the toddler tunes after your 6-year-old finishes a “time out,” chances are it does little to calm him. In fact, it might make him a good deal more irritated!

So what can you play to sooth your savage beast? Here are a few suggestions for kids who’ve outgrown the lullabies, but could still use a little taming, when quiet time is in order.

Elizabeth Mitchell, You Are My Sunshine – Mitchell is such an accomplished folk re-interpreter of traditional songs and rock tunes that the venerable Smithsonian Folkways label signed her up for her latest album, You Are My Little Bird. All three of her CDs are fairly relaxing, but I think this, her second album, is the most down-tempo, especially in its laid-back second half, which includes great covers of "Three Is a Magic Number," "Jubilee," and the very famous title track.

Raffi, Quiet Time – This album is a collection of Raffi's slower songs, and while older kids might find some of the tracks such as "Twinkle Twinkle Little Star" a bit young for their tastes, less-familiar tracks such as "Sunflower" or "Thanks a Lot" are a bit of a revelation if you're only familiar with Raffi as the "Wheels on the Bus" guy. Not just for nap time, and not just for 2-year-olds.

Timmy Abell, Little Red Wagon – Some tracks on this album from the North Carolina-based folksinger are downright peppy, but the overall tone is one of such gentleness that it makes it wholly appropriate for some downtime. Abell with his strong banjo playing and his clear, sweet voice, is reminiscent of Pete Seeger. Unlike Seeger, however, he also writes his own songs, which fit nicely, interspersed among the more traditional tracks such as "Turkey in the Straw" and "I'm My Own Grandpa."

Various Artists, Listen, Learn and Grow Lullabies – Ignore the title and packaging, which leads you to believe that playing this CD will ensure that your child will be: a) eternally happy, and b) smarter than every kid on your block. Aside from the first two tracks ("Twinkle Twinkle" and Brahms' "Lullaby"), the selections here are soothing classical tracks care of the budget label Naxos' huge catalog. The track listing includes some songs that are familiar and some that are not and many you might not immediately identify as lullabies.

Jamie Barnett, Just Look At You – In his spare time, Barnett, a California kindergarten teacher, has released a couple of albums of guitar-based folk originals that sit squarely in the singer-songwriter camp, sort of what James Taylor might have released 35 years ago if he'd decided to go into kids music. "Goldilocks" provides some gently humorous context for the little housebreaker's actions, while "381 Days" retells the story of the Montgomery bus boycott.

These five albums, even on their more up-tempo tracks, share a sense of peace, which can be good for everyone's soul – young or not. They're worth a spin any time your kids – or even you – need a break.

Next Article: Infants and Toddlers: Ages 0 - 2
We enable strictly necessary cookies to give you the best possible experience on Education.com.Cookie policy