Log in with different email
For more assistance contact customer service
Learning and Your Child
Giftedness Screening and Identification
Bright vs. Gifted: Is There a Difference?

Bright vs. Gifted: Is There a Difference? 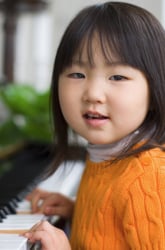 We’ve all seen those bumper stickers: My Child is an Honor Student at (fill in the blank) School. Okay, we get it. She’s smart. But is she gifted? Believe it or not, there is a difference. While there’s no clear cut in the continuum on the scale from highly intelligent to Mensa-material, the following comparison chart, adapted from materials written by Janet Szabos Robbins of the state gifted association, the Maryland Council for Gifted & Talented Inc., shows some of the behavioral markers:

All gifted children are considered bright, but not the other way around – a concept parents of bright children have a hard time understanding, explains Andrea Mishler, who’s been a Gifted and Talented (GT) teacher for nine years. The fact that their child gets straight A’s, but does not qualify for the GT program leaves them frustrated and scratching their heads. Mishler’s district doesn’t look at grades when deciding who is eligible for the GT program. “Sometimes gifted children are such perfectionists, they won’t turn in a project for fear of the evaluation that accompanies it. Therefore they may get poor grades or appear as underachievers,” says Mishler.

Not every child achieving above his grade level is a genius, some are just exceptionally hard workers. Says Mishler, “Finding out who is smart and who is gifted is extremely difficult.” For example, some children she sees are exceptional in math or language arts, but don’t qualify as GT because they don’t have high scores in other areas. That’s not to say that if your child didn’t make the gifted track in his school, he couldn’t move to another area and be considered one of the top GT students there. Criteria and testing for eligibility vary widely from place to place.

Throw in age and it becomes even hazier. Often parents and educators believe a child who can read early is gifted. The truth is, her brain may have developed a bit quicker than her peers, but young kids are known for developmental leaps and stalls. Later on she may learn at the same pace as other kids, or she may continue to outpace them. Only time will tell.

The good news is that whether your child is gifted or bright, you’ve got a smarty-pants in the family. And if she does turn out to be the cream that rises to the top, you have permission to run out and get that bumper sticker My Child is Gifted and Bright. (Just don’t actually put it on your car.)

Next Article: Is Your Child Gifted?
We enable strictly necessary cookies to give you the best possible experience on Education.com.Cookie policy