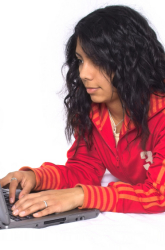 Everyone remembers the school bully in their lives. Maybe they stole your bike, or bloodied your nose, or spread a nasty rumor that had you hiding out in the bathroom. Whatever they did, they made life miserable. But as bad as they were, you could identify them, predict their behavior and try to steer clear.

Unfortunately for your kids, that may no longer be the case. That's because bullies can still be on the school grounds, but they can also be in cyberspace, lurking where no one can see them.

Cyberbullying is on the rise, and the bad guys are not always who you think. A bully can be a girl spreading rumors about a former friend, or a student trying to get revenge on a teacher who gave them a bad grade, or a group of kids playing a prank on an unsuspecting schoolmate. Cyberbullying is a complex beast. Often it starts with otherwise nice kids from nice families who go online to "have a little fun" at someone else's expense. But it can get out of hand very quickly.

Bullies are resourceful. With all the high-tech tools out there, they can take their pick from cell phones, pagers, websites, blogs, chat rooms, IMs, or emails. They can go on a site and invite other people in to help bully their victim – by asking them to comment on their picture. They can create a webpage that looks like it belongs to the person being bullied, but is malicious. They can enter an email address and have their victim spammed with messages from websites they've never visited. They can put up embarrassing pictures, or even use a tool like Photoshop to adjust a picture and make it look different.

Although cyberbullying is a relatively new phenomenon. There are things that you can do to help:

Next Article: Internet Safety Facts
We enable strictly necessary cookies to give you the best possible experience on Education.com.Cookie policy