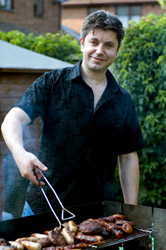 Collect This Article
4.1 based on 10 ratings
by Education.com

Eating chicken can be hazardous to your health. According to a study by Consumers Union, the people behind Consumer Reports magazine, most boiler chickens sold in stores across the country are rank with salmonella or campylobacter, types of bacteria that commonly lead to food poisoning.

In fact, in their recent test of 525 fresh, whole broilers bought at supermarkets, gourmet shops, and natural food stores in 23 states – the biggest national sample and analysis published to date –- 83% of birds tested harbored one or more of these dangerous bacteria. Campylobacter was detected in 81% of the chickens and salmonella in 15%. Only 17% of all chickens were bacteria-free.

Consumer Reports has been testing chickens since 1998 and these are the lowest numbers of safe chickens to date. In 2003, for example, more than half of the birds tested came up clean of all bacteria. According to the Centers for Disease Control, campylobacter and salmonella sickened over 3.4 million Americans and killed more than 700 in 1999, the most recent year of study available. And that's when more chickens, as a whole, were healthier.

But before you head off to Whole Foods with your weekly paycheck in hand, consider this: spending more for your dinner seems to have little effect. Organic and non-organic no-antibiotic brands were tested right alongside their cheaper brethren. But overall, they were more likely to contain salmonella than were conventional chickens –- even though they cost $3 to $5 per pound, rather than $1.

So what's a person to do? To keep your family safe:

And remember, hot is good. Cooking chicken to at least 165 degrees F will kill any bacteria. Whatever you do, don't put your freshly cooked meat back on the plate you brought the raw stuff out on. It may save you some dishwashing, but it's almost guaranteed to bring on a family-wide stomachache.

Next Article: Afraid of E. Coli?
We enable strictly necessary cookies to give you the best possible experience on Education.com.Cookie policy