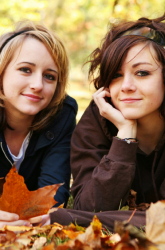 Scientists the world over have spent countless words and oceans of ink debating the issue of nature versus nurture. But how your child develops might have as much to do with the order in which they were born, as it does with their genes or environment.

Alfred Adler, a contemporary of Freud and Jung, first put forth the idea, claiming that when a child is born deeply impacts their personality. According to Adler, eldest children are socially dominant, highly intellectual, and extremely conscientious. Unfortunately, they’re also less open to new ideas, and prone to perfectionism and people pleasing – the result of losing both parents’ undivided attention at an early age, and working throughout their lives to get it back.

Middle children, sandwiched between older and younger siblings, often develop a competitive nature – making them natural entrepreneurs later in life. They tend to be the most diplomatic and flexible members of the family and often, eager for parental praise, develop musical or academic gifts.

Youngest children, according to birth order theory, tend to be dependent and selfish – as they’re used to others providing for them. But despite the negatives, they’re also quite often the life of the party – fun, confident, and comfortable entertaining others.

And only children? Like last borns, they are regularly spoiled, according to Adler, and have a hard time when they don’t get their own way. School can be a particularly difficult transition, as they’re used to being the center of the familial universe. But all that parental focus pays off. Only children are often mature for their age. They wow people with their vocabularies, and their comfort in adult circles. Plus, all that self-entertaining fosters creativity.

Adler’s theories have been debated for generations. Whether they’re scientifically sound or not much more than hogwash, muse about them as you raise your children. And regardless of when they were born, help each of your kids recognize what makes them unique and resist the urge to compare them to their siblings. That’s sure to make every member of your family thrive.

Next Article: Playing Favorites: Why It's Okay to Treat Your Kids Differently
We enable strictly necessary cookies to give you the best possible experience on Education.com.Cookie policy