Groom Your Daughter for President 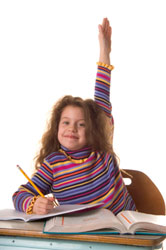 Could your daughter be president? If you asked parents that question 50 years ago, they’d have said no. Not because they necessarily thought their child wasn’t up to the task, but because the likelihood of her getting elected was next to nil.

A study by Lifetime Television and Redbook magazine, shows that might no longer be the case. The poll, conducted among a nationally represented sample of more than 1,000 adults, showed that Americans are beginning to take female candidates very seriously. A majority of adults said they expect a woman to be elected president by the year 2016. And in just two years, the number who said a woman will be elected in 2008 nearly doubled (8% in 2004 vs. 15% in 2006).

Women are perceived to be three times more “trustworthy” than men – the top quality for electing someone to office, according to those polled. They’re also perceived to be more “ethical” than their male counterparts – the second most critical quality cited for electability. About one-third of respondents said they’d be more likely to vote in an election where there was a female candidate. And, they said, they’d actually believe her campaign promises.

Not all the news is good. Roughly 10 percent of the population still thinks there will never be a woman president. But with Hilary raring to go and Chelsea maybe not far behind, the way is being cleared. Today, Madam Speaker; Tomorrow Madam President.

Next Article: Social Skills Strategies for Parents and Teachers
We enable strictly necessary cookies to give you the best possible experience on Education.com.Cookie policy