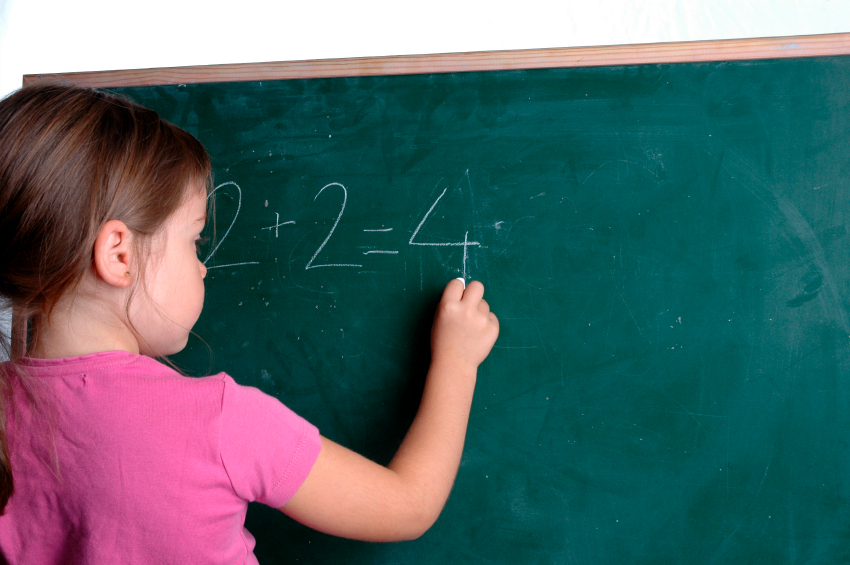 Collect This Article
In 1986, hoping to up math’s coolness factor, President Ronald Reagan proclaimed the creation of Mathematics Awareness Week. The Smithsonian Institute created an exhibit, Capitol Hill held a reception, and schools across America set out to show kids not just why math was important, but how it could be fun.
Over the years, that annual math week has creeped across the calendar, expanding into a National Math Awareness Month, celebrated every April. And good thing! Because according to the latest studies, between 50-80% of Americans suffer from some sort of math anxiety. A new survey conducted by Russell Research shows that 54% of parents are stressed out over their child’s math homework. And seven out of ten say that because math has changed so drastically since they were young, it’s pretty difficult for them to help.
Math homework isn’t going anywhere. And neither is math. But there are things you can do to make the subject more fun. Here are three tips:
Show kids how math is used in the real world. Whether it’s pointing out how algebra is used by architects, statistics are used to track crime, or estimation is used to figure out just how much a kid can buy with their allowance, it’s important to show that math has meaning beyond the classroom.
Read about it. Math plays a part in some pretty great fiction. Check out 365 Penguins by Jean-Luc Fromental and Joelle Jolivet (Abrams), How Big is a Foot by Rolf Myller (Random House), One Odd Day by Doris Fisher and Dani Sneed (Sylvan Dell Publishing), or The Phantom Tollbooth by Norton Jester (Bullseye Books) for some crazy takes on numbers.
Plan a Family Math Night. There’s nothing like a party to make math more interesting. Help your child’s school plan a night of fun and games centered around mathematics. From calibrating long jump scores in a Mini Olympics, to flipping coins to test results against probability, to baking cookies using measurement, there are lots of ways to pull math out of the textbook and into the action.
The best way to get your kids excited about math is to sound excited yourself. This month, give math another chance. Math games give kids a break from doing math problems with a paper and pencil and teach concepts in a variety of ways. Our full collection of math resources can also be found on our website.
Next Article: A Parent's Guide to Helping Your Child with Today's Math
We enable strictly necessary cookies to give you the best possible experience on Education.com.Cookie policy