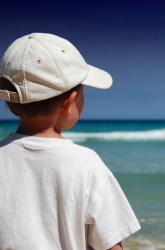 In this diagnosis-driven society, it’s very easy to tell the doctor what’s wrong and get a quick prescription to cure what ails you. And thanks to modern medicine and advances in technology, it often does.

But to believe there is one undisputable remedy for every symptom, condition, syndrome, disorder, and disease you’ll ever encounter, you might as well believe in dragons, fairies, and the monsters under the bed too. In the real world, even though the doctor can give you some medication – even a free sample if you’re lucky – there are almost always multiple ways to approach every health problem. And ADHD is no different.

“Sometimes people seek diagnosis, but it is not necessarily the first place to start,” says Dr. Amy Rothenberg, a Connecticut-based physician with a private practice in Classical Homeopathy and Naturopathic Medicine. “Often a child will be labeled ADD/ADHD because he has behaviors or emotional temperaments that are challenging in the classroom. That doesn’t mean he has ADD/ADHD,” she says. “There are a lot of reasons kids are the way they are.”

When it comes to ADHD, one of the first words that pops into most heads is Ritalin. But with side effects including nausea, insomnia, headaches, blurry vision, psychosis, and in some rare cases, death, it is no surprise that many parents are looking for nonmedical treatments for their children.

According to Dr. Rothenberg, no matter which route you take in helping your child, all practitioners should begin by asking the question "What is it that is most limiting the child at this time?" You may be startled by the answers.

Is the child restless? Easily distracted? Forgetful? Does he complain of stomachaches or headaches? Instead of focusing on the label of ADHD, Dr. Rothenberg says it’s important to focus on the child. When attention is paid to the symptoms, rather than the label, a host of treatments becomes possible – for example, naturopathic, homeopathic, and physical therapy remedies. Here’s what Dr. Rothenberg has to say about some of the alternative approaches to ADHD:

On the homeopathic side of things, Dr. Rothenberg says that practitioners look at the way the child experiences his or her ADHD, not just the ADHD itself. Homeopathic specialists look at the whole child – every aspect of the child’s life and well-being – before creating an appropriate prescription. For example, Dr. Rothenberg says, “If the child is combative, irritable, acting out, and not performing in school, a possible remedy is sulfur. If the child is sweet, sleepy, easygoing, but needs constant redirecting, a possible remedy is pulsatilla.” She says that in homeopathy, when the correct remedy is given, the whole child will be better. So, not only will his schoolwork improve, but also his sleep, his attention span, his senses, and so on.

So before you jump on the Ritalin bandwagon because you think that’s what society expects you to do, be sure to weigh all your options. Perhaps your child’s ADHD behaviors can be diminished or eliminated by removing eggs from her diet, or enrolling him in martial arts. When it comes to ADHD, there are many choices. And Ritalin is just one of them.

Next Article: Tips for Parents: A Ten Point Naturopathic Medicine Plan for ADHD
We enable strictly necessary cookies to give you the best possible experience on Education.com.Cookie policy