A Parent's Guide to Phonics 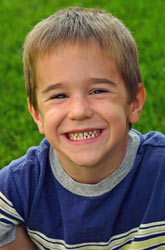 What exactly is phonics? Many parents hear the term when their child is learning to read, but a lot of them have no clue what teachers are talking about--let alone how they might be able to help.

Plain and simple, phonics is the relationship between letters and sounds in language. Phonic instruction usually starts in kindergarten, with kids learning CVC (consonant-vowel-consonant) words by the end of the year. Words such as hat, cat, and pot are all CVC words.

Interest peaked, but don’t know where to begin? Here are some basic phonics rules to keep in mind as your child learns to read:

Phonics are the building blocks to reading. And while they’re not always intuitive, once you know the rules, they can help quite a bit. So learn the basics. Not only will you be helping your child, but you’ll finally understand what the teacher is talking about!

Next Article: Outdoor Education: An Entry to Careers In Science and Math For Diverse Populations
We enable strictly necessary cookies to give you the best possible experience on Education.com.Cookie policy