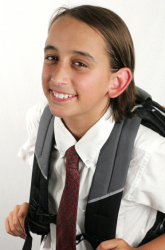 Maybe your local public school isn’t all it should be. Maybe you want your kids to get religious instruction along with their ABCs. Maybe your child shows outstanding talent or has special needs that public schools simply can’t accommodate. Whatever the reason, you’re considering private school, but you don’t know where to start, and the choices are overwhelming. Well, you’ve come to the right place.

Simply put, a private school is one that is funded by tuition rather than taxes. While this can make them expensive, it also allows these schools a degree of academic and religious freedom that supporters feel is well worth the price. Once regarded as elitist, today’s private schools often offer financial aid and strive for economic and cultural diversity.

Not interested in mixing school with religion? Consider a preparatory school. The phrase “prep school” may conjure up images of snobby teens in penny loafers and blue blazers, but in fact it simply indicates a high school whose core mission is preparing students for college. Typically these schools have competitive admissions policies, only accepting those students who seem likely to thrive in a challenging academic environment. Boarding schools allow some students to live on campus in dormitories during the school year; day schools are prep schools without such an option.

If your child is thinking about a future in the Armed Forces or does best in a structured environment, you might also consider military school. Many families appreciate their focus on discipline and responsibility, and believe the emphasis on teamwork develops a camaraderie among students that is rare in mainstream schools.

Finally, if your child excels athletically, look into the idea of a sports academy. It won’t be a full day of basketball or laps – these schools, typically boarding, must teach regular academic subjects as part of their curriculum. But students have access to a level of coaching and competition rare in mainstream schools. Of course, before selecting one of these schools, make sure its curriculum is as well-rounded as its soccer balls – just in case your child eventually decides she’d rather be a physics professor than a tennis pro.

Next Article: Private vs. Public: The Great Debate
We enable strictly necessary cookies to give you the best possible experience on Education.com.Cookie policy