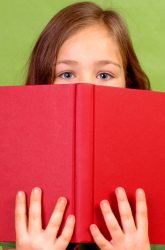 Collect This Article
You may not know it, but if you learned to read in an American school, you are a veteran of the Reading Wars. You probably emerged unscathed—most kids do—and you might even feel nostalgic for those first few months of stumbling. Maybe you kept a copy of Hop on Pop, or even Dick and Jane. For scholars on different sides of the Reading Wars, however, those books are more like combat stripes. And the battles are still raging.
What’s the fuss? Put simply, it comes down to a long, unresolved dispute: Is there one best way for kids to learn to read?
Phonics researchers have argued forcefully since the sixties: in order to read, kids must be taught systematically about the letter-sound combinations that make up words.   If schools don’t put phonics first, they argue, kids will get lost.
Without question, phonics has influenced both teachers and children’s book writers. Check out Dr. Seuss books, for example, and you’ll see phonics at work. To read The Cat in the Hat, kids “sound out” the letters in “cat.” Then, changing one letter, they get “hat,” and so on. Popular sets, such as Hooked on Phonics, also teach letter patterns one by one.
But phonics, taught alone, has come under attack from another group: “Whole-Language” scholars. Teaching only letter-sounds, they argue, just teaches kids to recite gibberish. To them, for example, “Sam I am” may rhyme with “green eggs and ham,” but who really talks like that anyway?
Instead, “whole language” instruction starts with short, everyday words and sentences. To learn a new word, children look first at its context, its first letters, or at a relevant picture to figure it out. They use both “leveled” readers and trade book classics. A book like Goodnight Moon, for example, might be used to help children “see” a room in words and pictures, and to learn to associate the two.
To pure phonics advocates, of course, “whole language” is the approach that deserves to be called gibberish.
With no truce in view, what’s right for your child? Fortunately, diligence on both sides has helped sharpen teachers’ understanding of the varying ways in which kids read. After an extensive review of research, the Delaware-based International Reading Association has declared that in fact, no one method is best. “Teachers,” it has said, “must have a strong knowledge of multiple methods for teaching reading and a strong knowledge of the children in their care so they can create the appropriate balance of methods.”
In practical terms, this means that your child’s teacher will most likely offer a blended approach, adjusted to your child’s needs.   This is good news for parents. It’s quite likely that you can pull out both The Cat in the Hat and Goodnight Moon…and enjoy them as much as ever.
Next Article: Types of Reading
We enable strictly necessary cookies to give you the best possible experience on Education.com.Cookie policy