Log in with different email
For more assistance contact customer service
Outside the Classroom
Cultural Diversity
Should You Host a Foreign Exchange Student?

Should You Host a Foreign Exchange Student? 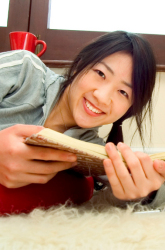 The James family didn’t know what to expect when they agreed to host an exchange student from Spain for six months. What they found was a good friend for their daughter, an academic inspiration for their kids, and a language tutor for themselves. “Hosting a foreign exchange student was a really great experience,” recalls Kelly, who keeps in touch with her onetime “sister” through email.

Like the Jameses, many families view hosting an exchange student as a great way to learn about another culture, make friends from another country, and expand one’s horizons. For parents, it’s an inexpensive and often less intimidating alternative to sending their own kids abroad. In addition, says Terry Cumes, managing director of Outbound Programs at Intrax Study Abroad, “Diplomacy starts at home.” Many see hosting an international student as their own contribution to our country and the world.

Still, the process shouldn’t be a chore. Most programs will screen their applicants carefully, so host families needn’t fear being saddled with a juvenile delinquent. In fact, some programs make students sign contracts agreeing to follow all of the country’s laws and the family’s rules. The students bring their own spending money and tuition, and host families are only responsible for room and board – that is, food, transportation, and a place to sleep. The host family can usually specify what they’re hoping for – a French-speaking teenager, say, who doesn’t smoke and is willing to attend church with their family.

Of course, the foreign students have parents too, and thus anyone hoping to host one will have to undergo a background check, fingerprinting, and a home visit from the program. If it turns out that the student and the host family simply don’t click, many agencies will send a mediator to help them talk it out. If they still can’t get along, the student will be moved to a new home.

Why is it worth undergoing all that? Cumes says it’s all about “establishing a bond with someone that is often lifelong.” Many families report visiting their onetime guest in his or her home country years later, or even sending their own children to study with them a generation later. It’s not world peace, but for these happy families, it’s a start.

Next Article: Forces Affecting Education in the Twenty-First Century
We enable strictly necessary cookies to give you the best possible experience on Education.com.Cookie policy