Log in with different email
For more assistance contact customer service
School and Academics
Reading for Beginners
Sugar and Spice: Why Rhyme Is So Nice

Sugar and Spice: Why Rhyme Is So Nice 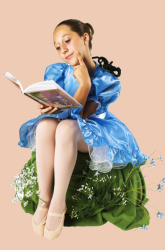 Jack and Jill went up the hill. The Cat in the Hat came back... Rhyme is a staple of American childhood. And good thing, too! Turns out that there's a serious reason for all that fun: research shows that rhyme is a powerful--even crucial--tool in helping kids learn to read. It's so important, in fact, that many kindergarten teachers make rhyme a daily part of their curriculum.

What's the big deal? Well, underneath all the silliness, rhymes actually include a family of letter combinations called "rime".  The words rhyme and rime sound very similar, and the two can get confusing, so here's what you need to know: rimes are sounds that letters make within words, when those letters are chunked together. In the word "spice," for example, "ice" is a rime; when it appears again in a sequence, like "sugar and spice and everything nice", that's a rhyme. When children work with rhymes and rime, and especially when they learn to repeat them, they are hearing sound patterns that are a crucial step in making sense of the printed word. In fact, say some researchers, it is virtually impossible to master reading without recognizing rime.

As the parent of an emerging reader, you're probably aware that in order to learn how to read, kids need to be able to decode words. For example, they might "sound out" a word like "cat" by recognizing the sounds that each of the individual letters make, then pushing those sounds together.

And yet, this method doesn't always work says Dr. Miriam Cherkes-Julkowski, author of Find the Vawol, Find the Rime, Learn to Read. "Often we think the only valid method is letter-by-letter phonics," she says, but this strategy falters fast with real text. Suppose, for example, a child sees a word starting with "b" followed by an "o." It's easy enough for a child to figure out the sound that the "b" makes. But what about the "o"? Truth is, it all depends on what rime it's in. The "o" in box sounds entirely different from the "o" in bought, or in book. But when children have learned to hear those different sound patterns in rhymes like "fox in a box," or "I thought I bought," they can start to make sense of it all.

What can you do to help? While it's always fun to buy a new CD or book with rhymes, you don't need anything fancy in order to play and learn. Here are a few things to incorporate into your day.

Above all, have fun together: a parent's joy in these early word adventures, coupled with confidence that a child will read fluently in good time, can help pave the way for a lifetime of successful reading. It's true: when it comes to words, spice really is nice for young readers.

Next Article: Types of Reading
We enable strictly necessary cookies to give you the best possible experience on Education.com.Cookie policy