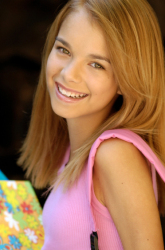 Hard to believe, but in most districts it’s true: barely two years after finishing elementary school, your eighth grader is now a “senior” of middle school. Teachers hope that this will mean new levels of good citizenship and disciplined work. Common mythology—and many sitcoms— suggest that kids do the opposite. But in fact, the majority of eighth graders have learned quite a bit. They're interested in classes. And they want to do well. They also really appreciate parents’ quiet, non-intrusive help along the way.

So what’s up this year?

Here’s a brief overview of the curriculum you can expect in your child’s social studies program. Do remember, of course, that exact topics still vary by state. For a comprehensive list, you should plan to consult your state standards, available on the website for your state’s department of education. In addition, remember that private schools are not required to comply with state frameworks, although many of them do. Whichever type of school your child attends, don’t hesitate to ask for the school’s curriculum list to be sure what’s coming up.

As a general rule, however, eighth grade social studies most often looks like this:

Topic: While there is some variation, eighth grade classes most often cover United States History from colonies to the Civil War. They should build a mental timeline of key names, places, dates, and concepts from the Declaration through the Constitution and Federalist Papers, and into the early nineteenth century and the explosion of Civil War. They will examine the structure of the three branches of American Government, and of individual rights included in our Bill of Rights and prominent Supreme Court Cases. In studying the early nineteenth century, they will also look at dark, longstanding ethical issues such as America’s treatment of African-Americans, Native Americans, and immigrants from Central America and around the world.

Thinking Skills: Kids this age are usually quite aware of authority, and the struggles of early America could not be more relevant. Go ahead and encourage your child to memorize important dates, people, and events; but by all means don’t skimp on the most important part: putting it all together and thinking it through. Our current political parties began during this era, in squabbles between Jefferson and Hamilton. What did they say? How does it compare to now? What presidents were successful, and why? When was war a good idea, and when not? The possibilities for good conversation are endless, and as long as you keep your tone light and supportive, they’re going to be lots of fun too.

Study Skills: Eighth grade builds directly on sixth and seventh, and draws on the same study skills and routines. Just because your child is entering their teen years doesn’t mean you can’t still help by checking homework calendars and assignment pages, or helping with tricky textbook readings. One common added feature of eighth grade, as kids prepare for high school, is research. This should not be a brand new skill—teachers in earlier grades commonly include chunks of it—but many eighth grade classrooms make it a special focus. At home, don’t be shy about using those project-management skills that began in fourth or fifth grade: breaking down an assignment, putting benchmark dates on the calendar, and so forth. This is also a very good time to have a serious talk about plagiarism. Some of America’s best scholars have been caught red-handed in adulthood, and ruined their careers. Eighth graders may easily feel tempted. Your leadership can help them make the right choice.

With its focus on ethics and diverse heritage, American history lends itself especially well to the civic goals that social studies experts strongly support. As the National Council of Social Studies, leaders in the field, have written, “Thomas Jefferson, among others, emphasized that the vitality of a democracy depends upon the education and participation of its citizens.” Parents, when you offer to look at homework or spend dinnertime talking about history, you’re doing far more than helping your child get good grades. As NCSS puts it, you’re helping our nation “carry forward its democratic traditions.” Sound big? It is.