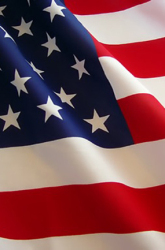 Desegregation. Affirmative action. School prayer. Sex education. These are the educational issues that have marked America's history in the 20th century. But what about the 21st? From tightening school accountability to loosening federal involvement in learning, tomorrow's president will face some tough decisions. So why doesn't education lead the way in political debates and town hall meetings, as the candidates make their way along the campaign trail?

Adam Thibault, Senior Policy Analyst at ED in 08, a campaign launched by the nonpartisan organization Strong American Schools, says that the candidates are “holding the ball” on the issue of education. Maybe because no one wants to be left holding the bag. “Most are playing it safe right now,” he says, citing the war in Iraq and the nation's economic troubles as factors that have bumped education off the front page.

According to research conducted by ED in '08, a whopping 89 percent of the public want the candidates to spend more time talking about education. On behalf of that 89 percent, we went to the source, contacting the campaigns of John McCain and Brarack Obama to ask about their views on education today. For those of you not quite certain yet who to vote for on election day, don't worry-- we've asked both of the candidates, whether Democrat or Republican, to answer the same five questions, so you can view their answers back-to-back.

Just what are the key educational issues? Which catchphrases fall again and again from the candidates' lips? As an introduction to our upcoming series of in-depth candidate profiles, here's an overview of the hot educational topics that will define the 2008 race for president.

Some politicians think it's the best thing since sliced bread. Some think it's taking the joy out of learning. While both of the candidates say we need some way to measure how our schools are doing, and hold schools accountable, they vary in how they plan on doing that. “All standards mean,” says Thibault, “is that everyone graduates with a common denominator of skill sets.”

Should school districts allow parents to pick where to send their kids? Should parents receive public money through vouchers to enroll their kids in private or parochial schools? These are weighty questions that basically fall along party lines: For McCain, vouchers and school choice are cornerstone issues. Democrats are more wary of taking money from public schools to subsidize parents of private school kids. Candidates from both parties are finding middle ground on the topic of charter schools—publicly funded and controlled schools which are run privately.

No Child Left Behind

Four little words that have become perhaps the most hotly debated education issue today. The law, passed in 2002, aims to improve schools by increasing the standards of accountability: states are required to test all students in basic skills if they are to receive federal funding for education. Most of the time when candidates are talking about assessment, they're really talking about No Child Left Behind (NCLB). This act was a big part of the campaign in 2000, says Thibault, and now it's in the spotlight again because NCLB is up for reauthorization. Whether the candidates plan to drop it, keep it as is, or change it drastically is the question on everyone's lips.

Ask college students about the most important education issues of the day, and they'll most likely list rising college costs. But, it's not just a pressing issue for new voters; higher education is increasingly important to a global economy, with 42 percent of all new jobs this decade requiring some post-secondary education. College funding is a hot talking point in the Democratic arena, with Obama going on the record with tax credits for all students. But McCain has remained mum for the most part on the topic.

Should children have the same access to preschool as they do to kindergarten? Many experts say “yes,” because what happens in those early years affects learning later on. What do the candidates say? According to Thibault, supporting universal preschool comes against less political opposition because there is research suggesting that kids who attend preschool are less likely to enroll in special needs programs, or add to the drop-out rate. And, let's face it: nobody's going to run on an anti-preschool platform. “It's politically palatable,” Thibault says. But the specifics of how such a program would be designed and paid for really depend on party lines, with Obama pulling out more detailed plans for early childhood education and McCain focussing on reforming Head Start.

Have a candidate in mind and want to know where he stands on education? Or are you undecided and want to see how they compare? Either way, we've got you covered. We've highlighted both Obama and McCain's viewpoints on the key educational issues. We know parents are focused on making the best decisions for their family, both at the ballot box, and outside of it.

There's no doubt that the economy ranks as the #1 issue for Americans in the upcoming election. But after the economy and gas prices, education comes next-- ahead of the war in Iraq, terrorism, the environment, immigration, and even health care, according to a recent Associated Press poll. Half said the U.S. is falling behind the rest of the world in education and 62% said the quality of schools in the U.S. is worse than it was twenty years ago. Only 10% of Americans rate the quality of education in their local public schools as excellent, according to the poll.

Clearly, something needs to change. So stop assuming you know what the candidates think about the big issues in education, here it is, in print:

What do you think about the Presidential candidates' plans for education? Share your views in our online forum.