Log in with different email
For more assistance contact customer service
Physical Health
Neighborhood Safety
Do You Know Where Your Kids Are? GPS Tracking for Children

Do You Know Where Your Kids Are? GPS Tracking for Children 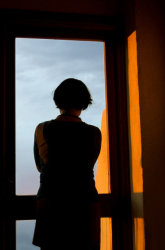 If you've ever lost your child in the mall, or stayed up waiting on a teen late for curfew, you know that panicky feeling. While some might see this as a natural part of parenting, others believe that in the modern era of Amber alerts and terrorist threats, waiting just isn't an option anymore. Increasingly, parents are turning to the latest in technology to help keep track of their children.

David Eigen, PhD, a transpersonal psychologist and author of Men—The Gods of Love, downloaded a GPS (Global Positioning System) tracking device on his two teenage daughters' cell phones two years ago. This means at 4 a.m. on a Saturday night, he can go online and find out exactly where his daughters are. He says he hasn't yet needed to use that feature, but feels better knowing that he has the tools to protect his children. “My job is not to spy on them, but God-forbid something happened, I'd know about it,” he says. “There are definitely strange people out there.”

Eigen says his daughters know there is a tracking device on their phones, and they haven't given it a second thought. “They understand I can do this and if they give me a reason to watch them more carefully I will,” he says.

The technology uses satellites to pinpoint the location of an individual with a device that has been enabled for tracking. The device can take the form of a cellphone, a wristwatch or, believe it or not, a surgically implanted chip. The systems vary in design and sophistication. Some start tracking once the child leaves a specified area, others can monitor information like heart rate, blood pressure and body temperature. For the more unwieldy child, some wristwatches can be locked onto the wrist.

If this sounds like the plot of a science fiction film, you're not alone. Erik Fisher, PhD, licensed psychologist and author of The Art of Empowered Parenting, says these parenting tools can be a slippery slope if not used properly. After all, this same technology is being used for dogs, cats, livestock, and government surveillance. “It's that whole idea that Big Brother is watching you, and in this case Big Brother becomes Mom and Dad,” Fisher says.

He says there are pros to such devices—parents need to keep safeguards—but there are serious cons, also. First, is the issue of of trust. “This could absolutely devastate and destroy trust between parent and child,” Fisher says. He says it also gives the child the idea that she's never too safe. “Many kids today are unnecessarily afraid of so much.”

But, Fisher's real concern is that if this technology is abused, it could replace active parenting, which involves teaching good problem-solving skills and decision-making strategies. “Technology is no substitute for a good parent,” Fisher says.

That's why Fisher says parents need to weigh the pros and cons carefully before bringing this kind of device into the home. Parents should explore their real motives for wanting a tracking device on their child. They should also consider how this will make their child feel, he says. “Sit down and talk to your kids about it, and have them make their own list of pros and cons,” Fisher suggests.

Eigen and Fisher agree that if parents do decide to use tracking devices, they should emphasize to their kids that it's for safety. “I've never said, 'because I say so' or 'I don't trust you' to my daughters. It would be disrespectful,” Eigen says. “I tell them I'm watching because I want to know where they are. And they know if something does happen, I have a good chance of finding them,” he says.

Eigen says if you stay in good communication with your kids about where they're going, teach them about safety and establish a trusting relationship, the GPS tracking device becomes an emergency plan, not a overt method of control.

Technology means more choice for parents, but it also means more decisions. Making the right ones for your family can be a daunting task, so do your research and, most important, talk to you kids.

Next Article: Back to School: To Walk or Not?
We enable strictly necessary cookies to give you the best possible experience on Education.com.Cookie policy