Log in with different email
For more assistance contact customer service
Child and Adolescent Development
Self-Esteem
Can Too Much Self-Esteem Be Bad for Your Child?

Can Too Much Self-Esteem Be Bad for Your Child? 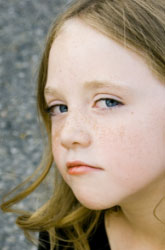 Phrases like “good sharing!” and “great job on the slide!” echo across American playgrounds. Coaches pass out ribbons to every participant. Scholastic publishes a series called “I’m Special!” assuring readers that the ability to play with friends and sing songs makes them special indeed. We’ve been told that high self-esteem is the key to children’s happiness and success, and we’ve been praising and protecting them ever since. But has the self-esteem movement gone too far?

Many experts argue that instead of raising healthy high achievers, we’re may be raising a generation of narcissists. “Our old notions of self-esteem, like blood letting and alchemy, are passe, and parents need to send the concept to the trash heap of all things antiquated and useless,” says Aaron Cooper, Ph.D, co-author of I Just Want My Kids to be Happy: Why You Shouldn’t Say it, Why You Shouldn’t Think it, What You Should Embrace Instead.

While experts used to blame low self-esteem for everything from bad grades to criminal behavior, research has shown that inflated self-esteem is more often the culprit. An article called “Rethinking Self-Esteem” by Roy Baumeister, a Professor of Social Psychology at Florida State University, made a stir when he posited that criminals and drug abusers actually have higher self-esteem than the general population. Martin Seligman, Ph.D and Ervin Straub, Ph.D, found that the modern habit of constant praise was turning kids cynical and unmotivated. And esteemed child development expert T. Barry Brazelton, M.D. recently wrote in The New York Times that the phrase “self-esteem” had lost its meaning.

Parents just want their children to have a positive self-image. And while it’s easy to poke fun at the excesses of the self-esteem movement, it’s difficult to walk the fine line between instilling self-respect and self-centeredness. Here are some tips on finding the right balance.

True self-esteem isn’t about a steady stream of compliments and applause; it develops when children know their limits and responsibilities, are given ample opportunities to challenge themselves, and feel secure that they’re loved even when they fail. Confident kids don’t expect the world to revolve around them; even a star is part of a constellation. And that’s something we can all feel good about.

Next Article: Dimensions of Self-Esteem
We enable strictly necessary cookies to give you the best possible experience on Education.com.Cookie policy