Log in with different email
For more assistance contact customer service
Child and Adolescent Development
Play and Children
Is Play on its Way Out?

Is Play on its Way Out? 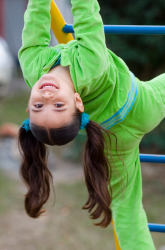 Collect This Article
3.8 based on 16 ratings
by Education.com

Most people would say that play is an essential part of childhood. Romping around the house, building imaginary worlds, and exploring the outdoors are all elements of play that most adults remember from their childhoods. But for an increasing number of children, play just isn't taking place, and the consequences for child development may be severe.

“Play has largely disappeared,” says Joan Almon, co-founder of the Alliance for Childhood, an organization that promotes healthy child development and learning. “It's pretty shocking how little time children spend on their own child-initiated play.” By “play,” she says, we're not talking about organized sports or video gaming. “What we're thinking about is play that the child themselves initiate and direct,” she says.

According to a new report from the American Academy of Pediatrics, what children really need for healthy development is more time for old-fashioned play. But they're simply not getting enough of it. “This deprivation affects mental and physical health as well as cognitive and social capacities,” says Elizabeth Goodenough, PhD, who teaches in the emerging field of child studies and helped develop a forthcoming PBS documentary, “Where Do the Children Play?” Child-initiated play can develop social skills, problem-solving, creative thinking, self-awareness and confidence, as well as providing an opportunity for healthy exercise. So, what's stopping kids from getting the goods?

“There are a lot of different factors contributing to the loss of play,” says Almon. Among these, she says, is an increasing pressure for children to achieve and accomplish things at ever younger ages, and according to adult standards. A consequence of this is a lack of free time that results from an abundance of scheduled activities, such as music classes, sports practice, and academic tutoring sessions. Another major player is “stranger danger"; the perception by parents that the world is a dangerous place where children are best kept indoors. “Very few parents will give children the kind of freedom that they used to have,” says Almon, although she points out that, according to FBI statistics, children today are far safer than they were 20 years ago. But perhaps the biggest obstacle to play today is the increasing prevalence of electronic media in children's lives. Screen time, says Almon, takes up an average of 4-6 hours a day for children, leaving precious little time or motivation for play.

So what's a family to do? Fortunately, it doesn't take much to turn things around, and the solution is fairly simple. Here's what Almon and Goodenough suggest:

Above all, parents should remember that play is not just a diversion for children from more important matters. Says Goodenough: “This process of self-discovery deserves to be treated with as much care and respect by educators and families as the cultivation of literacy and the mastery of mathematical skills.” So clear your schedule, and get playing!

Next Article: The Lost Art of Play
We enable strictly necessary cookies to give you the best possible experience on Education.com.Cookie policy