Keeping Your Teen Out of Trouble 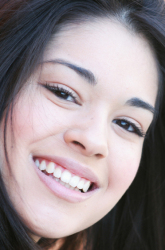 Teens and trouble: think they go together like bread and butter? Well, you may be wrong. While teenagers do tend towards “risk-seeking” behavior, and seem to enjoy pushing boundaries – and parents' buttons – troublesome behavior can be anything but typical.

According to Neil Bernstein, a clinical psychologist and author of How to Keep Your Teen Out of Trouble and What To Do If You Can't, moodiness, self-absorption, and obsession with peer approval are all run of the teenage mill. However, if you notice your teenager getting out of control, experimenting with drugs, or abusing alcohol, it may be time for a wake-up call – for both of you. Don't expect lightening to strike some sense into your teen. Although parents may feel that they are being pushed away during the teen years, it's your responsibility to firmly push back. Here's how to get things moving in a positive direction:

For most teens, pushing the boundaries is a normal sign of growing up and growing out of childhood limitations. If your teen's behavior is way out of control, however, don't think you need to handle it all yourself. Contact your school counselor who can give you advice, observe your child at school, and connect you with further resources.