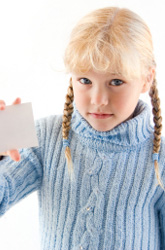 Sooner then you’d expect, a big envelope will be headed your way with your child’s kindergarten report card in it. In some cases, just the sheer size of that bulging envelope is a shock. As you tear open the package to find out if the teacher thinks your child is as wonderful as you do, you might think to yourself, “What is all this? Surely the report card itself is not six pages long!” In fact, it may be.

National standards for education have had a big effect on the way educators report a child’s progress. While in the past, schools may have formatted their report cards based on what was important for parents to know and what they could understand, these days report cards are often formatted based on the level at which your child is meeting state standards. If you can't make heads or tails of the terminology in your child's report card, relax. Underneath all the mumbo-jumbo, report cards still contain all the important information, even if the format can seem overwhelming.

Each state also has curriculum standards and competencies for kindergarten, and the report card will reflect those as well, Mackeben says. While every educational institution has a different way of presenting report cards, here are some tips that will help you decipher that progress report, when you find it in your mailbox:

When that first kindergarten report card rolls through your door, it’s a chance to see your child’s progress through his teacher’s eyes. Savor these times, as the report cards only tend to get heavier—both in a physical sense and in their implications for your child. Communicate with the teacher, keep an eye on the big picture, and praise your child for her many successes. This is the first report card of many. There's plenty of time for improvement on the road ahead!

Next Article: Should Schools Pay Kids for Good Test Scores?
We enable strictly necessary cookies to give you the best possible experience on Education.com.Cookie policy