Log in with different email
For more assistance contact customer service
Child and Adolescent Development
Developmental Milestones Ages 5 to 8
Lucky Age 7: Why and How Kids Change

Lucky Age 7: Why and How Kids Change 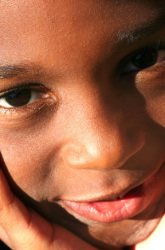 Maybe when your child hit 7 things just seemed to "click" for him. Or perhaps your life just got a little easier, but you weren’t sure why. Well, there is a definite reason for this momentous shift: the most significant changes in the brain occur at age 7. The most notable being that the frontal and temporal lobes, which control cognitive functions, grow enormously – more than at any other time in a person’s life. And at the same time, these lobes are making neural connections with the system that controls emotions. In other words, both thinking and feeling get a major overhaul.

According to Michael Gurian, therapist and author of NURTURE THE NATURE: Understanding and Supporting Your Child's Unique Core Personality, "Parts of the brain devoted to learning through relationship really flourish in the child of seven to ten." There are four main areas to look for change:
Cognitive and Educational Areas: Did you think you had a genius before? Well watch out, it's a whole new ballgame! At seven, your child will start using more words. His writing and talking will improve. And he'll remember more-- whether it be vocabulary, or homework assignments. Overall, he'll be more mature. Verbal development increases for both genders at the age of seven, but boys are still far less verbal than girls their age, says Gurian.  It's typical for girls to write and speak more words than their boy peers.
Emotions: You’ll see increased emotional development. Seven-year-olds become more sophisticated in handling their feelings and attach more words to those feelings. Seven-year-old boys will tend to cry less than girls and will try to handle suffering by not showing weakness. They'll also withdraw more. While this can confuse parents, it is very natural for development. Girls on the other hand are more apt to cry to get help. Instead of withdrawing, they reach into their bonding system and let their emotions rise to the surface.
Relationships. At this age, kids typically add at least one more relationship or friendship to their life. Girls may form more relationships than boys, but they are more fickle about them, which is normal. Your daughter's best friend today may be her enemy tomorrow. Boys form fewer relationships than their female counterparts, but usually these friends will stick. Gurian says that in this area, the only time a parent should worry is if their seven-year-old completely withdraws and is not trying to form any relationships.
Morals. For the first time, kids develop a sense of justice and can better understand the balance between fair and unfair. There is not much difference between boys and girls here, but girls have a wider threshold for what is good or bad. Boys have more physical impulsiveness at this age. Says Gurian, “Boys will try to physically show love to others at this age, because they don’t use as many words. It’s up to the parent to draw the line on the level of physical action.” It’s good for girls to learn how to handle this so they learn the difference between male aggression and male violence, Gurian says.
So if you have a seven-year-old, consider yourself lucky. “This is such a wonderful age for development. They are hungry for learning and life, but we mustn’t forget that the brain is taking care of itself,” says Gurian. This is the time when parents think they need to fill that hunger with tons of activities, sports, and extracurriculars, he says, but it’s just not necessary. Their brains will absorb what they need and filter the rest. Find just a few activities that will cater to your child’s unique nature and he’ll thrive.
Next Article: Physical Milestones: Kindergarten
We enable strictly necessary cookies to give you the best possible experience on Education.com.Cookie policy