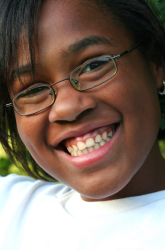 The struggle for civil rights and social justice in the United States unfolded across many decades and in many different states. However, Martin Luther King, Jr. Day on January 21 marks the perfect opportunity to explore the history and context of this momentous story, and to discuss the ideas of equality and respect with your children. Visiting some key places in civil rights history is a great way to to learn about the history of the quest for freedom, and to bring the lesson home. Here are some notable landmarks with stories to tell:

National Civil Rights Museum, Memphis, TN
Built into the infamous Lorraine Motel where Dr. King was shot (the motel room has been preserved exactly as it was, including vintage cars parked in front), the Civil Rights Museum tells the story of key figures in the movement, the fight to dismantle Jim Crow restrictions, school desegregation efforts and voter registration campaigns.

Desegregation Historic Sites in Little Rock, AR  and Topeka, KS
Two cities were particularly important in the often dangerous and difficult process of bringing students together at school, regardless of their color. The Little Rock historic site and Visitor’s Center is across the street from Central High School, where students under armed guard integrated the school in 1957. The landmark Brown v. Board of Education legal case against segregation is honored in Topeka, with a museum housed in a former African-American elementary school that was restored to its 1954 appearance.

National Underground Railroad Freedom Center, Cincinnati, OH
The Underground Railroad was a secret series of houses and churches that hid fugitive slaves on their way north to freedom. Some of the hiding places can be seen today, but many are in private homes, so this museum on the Ohio River (including the child-friendly “Escape!” exhibit) is a great way to learn a lot in one place.

Montgomery, AL and Selma, AL
Montgomery’s striking downtown Civil Rights Memorial was designed by Vietnam Veterans Memorial architect Maya Lin, and movingly honors those who died in the Civil Rights Movement. Nearby is Dexter Avenue Baptist Church, a linchpin of the famous bus boycott, and the capitol steps where George Wallace shouted “Segregation forever!” From the steps, take the road to nearby Selma, the starting point of the 1956 voting rights march. Pause on the infamous Edmund Pettus Bridge, scene of dogs and fire hoses, and visit the National Voting Rights Museum.

Martin Luther King, Jr. National Historic Site, Atlanta, GA
The site includes several properties, including Dr. King’s birthplace, which can be seen in small groups on ranger-led tours only (so reserve early). The Visitor’s Center has a variety of exhibits including “Children of Courage,” about the youngest participants in the Civil Rights movement. The King Center for Nonviolent Social Change is located here, along with the Ebenezer Baptist Church (home to three generations of King preachers) and the historic surrounding Sweet Auburn neighborhood.

Any time of year is good to learn about the civil rights movement, but January and the King holiday put the lessons into sharp focus. And whether your child is six or sixteen, connecting with this pivotal part of American history will give them valuable perspectives to last a lifetime.

Next Article: Holiday Meals: A Great Time for Interaction and Learning
We enable strictly necessary cookies to give you the best possible experience on Education.com.Cookie policy