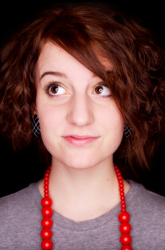 For some teens, school doesn't come easy. The sources of the problem are varied—some struggle with a learning disability,  while others may be challenged by substance abuse or a simple lack of motivation. But, regardless of the cause, parents want to know one thing: is it possible to turn struggling students around?

Anne Messersmith, former addiction specialist with the Interagency Drug Abuse Recovery Program in Los Angeles, believes it is. “The only way to change these kids is to build their self-esteem,” she says.

For many kids, the issue isn't their intelligence, it's their intrinsic motivation, according to Beth Larsen, a high school resource instructor. “Teenagers aren’t motivated by the same external rewards as younger children,” she explains. “The best motivation comes from inside.” Like Larsen, Messersmith also believes that kids need to recognize their own potential in order to succeed. “You have to ask them what they want in life. What are their dreams? Help them reflect back to what their hopes and dreams were when they were children and go from there,” she says.

Teens need to clearly see their goals, whether it's graduating from high school, going to college, or just passing the next big test. But kids who struggle with school cannot be expected to reach their goals alone. They need support from both parents and teachers. Below are six ways to motivate struggling teens to stay on task:

Next Article: How Motivation Affects Learning and Behavior
We enable strictly necessary cookies to give you the best possible experience on Education.com.Cookie policy