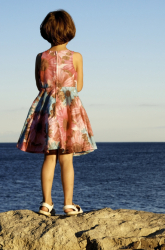 Want to breathe some life into American history? Take your little landlubbers on a trip to a maritime museum, for a peek at times past.  From whaling and fishing, to shipbuilding and seaborne commerce, there are plenty of places to explore the Northeast's unique maritime heritage, and explore America's history at the same time.

Whaling in New Bedford, CT (www.whalingmuseum.org)
Largely forbidden today, the hunting of whales was once a major engine of the New England economy. Kids can get a taste of how every bit of the whale was used-- to provide meat, oil, and whalebone trinkets (including women's corsets), with a trip to New Bedford. In its prime, New Bedford was the whaling capital of the world, and its Whaling Museum tells the fascinating story of the town's life in the 1800s. There’s a 66-foot blue whale skeleton, a half-scale model of a whaling bark, and a full-scale ship’s forecastle, as well as hundreds of exhibits, a seafaring music concert series, and the famous January marathon reading of Herman Melville’s Moby Dick.

Battleship Cove in Fall River, MA (www.battleshipcove.org)
What was it like to serve aboard a Navy ship in World War II or the Cold War? Find out at Battleship Cove, the final resting place for the giant USS Massachusetts battleship (dubbed “Big Mamie”), the submarine Lionfish, the Cold War-era destroyer Joseph P. Kennedy, Jr. and even a former Soviet missile corvette. Think the seafaring life's for you? Your family can arrange to spend the night aboard the battleship, to find out!

Maine Maritime Heritage Trail (www.maritimemaine.net)
The East coast is awash in sea heritage, and the Maine Maritime Heritage Trail covers the waterfront of both attractions and events. There are schooner trips, forts, lighthouses, museums, the Lobster Institute, an aquarium and one of the world’s premier ship-building facilities at Bath Iron Works on the Kennebec River. For a different view, go with "All Aboard!": The Maine Eastern Railroad runs along the coast between Rockland and Brunswick, with stops in Bath and Wiscasset.

Mystic Seaport, CT (mysticseaport.org)
This living history museum is complete with a 19th-century village and waterfront. Buildings house marine businesses like woodcarvers, a rigging loft, and a nautical instruments shop. Climb aboard the last intact wooden whaling ship, the Charles W. Morgan, built in 1841, for a true glimpse of maritime history. But do it soon-- she'll be lifted out of the water this spring for extensive restoration work. Mystic also boasts a children’s museum for kids ages 7 and under, a wooden boat playscape, and opportunities to sail local waters on a variety of Seaport-owned historic watercraft.

Museum of Yachting in Fort Adams State Park, RI (www.moy.org)
The sailing-mad city of Newport hosted the prestigious America’s Cup yacht race from 1851 to 1983, and this museum shares the saltwater exploits and beautiful boats with visitors. Jutting out into Narragansett Bay in historic Fort Adams, the museum features exhibits about the sport of sailing and includes a number of historic boats including Courageous, the America’s Cup winning yacht in the 1970s and now designated the “Rhode Island State Yacht.” Regattas are held throughout the summer months under museum auspices.

Whichever location you choose, the East Coast is awash in maritime opportunities. So hoist the sails (or at least jump in the car). For a great history lesson, just add water!