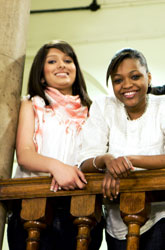 College affordability is on most parents’ minds these days. Investments in children’s 529 plans have been drastically reduced in recent months, tuition rates are increasing at an astronomical rate, and the forecast for future tuition rates is nothing short of frightening.

But relief might be in sight. President-elect Barack Obama has made it clear that college affordability is a top priority for his administration. Obama’s College Affordability Plan includes several key elements to support children and their parents in their efforts to afford and succeed in college. Here’s an overview of the plan:

The American Opportunity Tax Credit will be fully refundable and will ensure that the first $4,000 of a college education is completely free for most Americans.

Obama’s plan will simplify the financial aid process by eliminating the Free Application for Federal Student Aid (FAFSA) and its complicated calculations; aid will be based on a much simpler, yet equally accurate formula so that students can predict their eligibility well in advance.

Obama will provide $25 million annually in matching funds for states to develop Early Assessment Programs that will enable 11th graders and their families to determine if they are on track to be college ready by the time they graduate.

Obama will increase the Pell Grant to $5,400 over the next few years; he will work to ensure that the maximum Pell Grant award is increased for low-income students.

The Community College Partnership Program will strengthen community colleges by providing grants to analyze high-demand skills and technical education, to implement new associate of arts degree programs, and to reward institutions that increase their numbers of graduates and transfer students to four-year institutions.

Obama will eliminate the more expensive private loan program and will direct that money into aid for students.

Parents are in desperate need of such reforms. According to the National Center for Higher Education and Public Policy's most recent report, college tuition has increased at a significantly faster rate than both family income and the cost of necessities such as medical care, food, housing, and transportation.

Steve Boilard, Director of Higher Education for the California Legislative Analyst’s Office, says much of the affordability discussion focuses on how much it costs students to attend college. But, he argues, equally important is looking at how much it costs overall for colleges to provide education to students. “In other words, in addition to looking at the price paid by students, we should also look at the price paid by taxpayers,” Boilard says. “Colleges like to talk about how the amount of money coming from the state hasn’t kept up with their costs, but it’s worth asking about what has happened to college costs. Have they increased faster than inflation? Why?”

Boilard points to a number of recent controversies in California about pay for administrators (for example, the University of California’s president makes over $700,000), annual increases for executives that sometimes exceed 10 percent, golden parachutes, retirement bonuses, etc. “Any meaningful examination of affordability should include a look at how colleges are spending their money,” Boilard says.

The Delta Cost Project analyzes postsecondary education costs, productivity, and accountability. “We’ve been looking at how colleges spend their money,” says Donna Desrochers, Director of Economic and Education Research for Delta Cost. “Public universities have really managed to hold back spending in recent years, but the greatest increases in spending have been in contracted funding for research, public service, and institutional aid.”

What do these spending patterns indicate? Joni Finney, Vice President of the National Center for Public Policy and Higher Education, explains that colleges and universities have become increasingly concerned about their ranking in US News and Reports and are spending money in an attempt to attract a select student body. “Everybody wants to become a research institution. Higher education is in this chase of prestige and reputation,” Finney says. “And it’s taking away from the mission—the teaching and learning of undergraduate students.”

Finney says Obama’s tax credit will be beneficial to upper- and middle-income families, and the increased funding for Pell grants will be important for lower income families. However, she says additional reforms and support are going to be necessary. “Creating a federal initiative to get states to increase their funding, to be forced to match any dollars the fed allocates—this would help,” Finney says.

With the current state of the economy, this may be difficult to achieve; at least forty states now have budget deficits or are expecting deficits. “If the state has a smaller pie to distribute, it’s going to have to decide where it’s going to allocate its resources,” Desrochers says. “It’s difficult in tough financial times—higher ed is usually where cost savings come into play.”

No doubt Obama’s College Affordability Plan will bring about some necessary changes. Changes in how kids plan their route to college. Changes in how parents help them fund it. And perhaps even changes in how public colleges and universities spend their money.

Next Article: How Can I Afford To Send My Child to College?
We enable strictly necessary cookies to give you the best possible experience on Education.com.Cookie policy