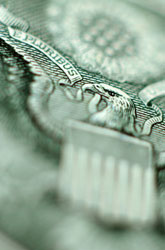 Education, along with health care and energy, was given a leading role in the proposed 2010 budget that President Obama released last week. The president is asking for a total of $46.7 billion for education, which will go into four key areas: early childhood education, standards and assessment, support and rewards for teachers, and college access and completion.

“The president has sent a very clear message about his priorities: these are the areas where we need to move ahead even as we deal with the recession,” says Kevin Carey, Policy Director for Education Sector, a nonprofit, nonpartisan education think tank.

Between the $130 billion for education in the American Recovery and Reinvestment Act passed two weeks ago, Obama’s spirited call for education reform in his recent speech to Congress, and now this budget, policy analysts say education hasn’t received this much attention since No Child Left Behind was passed eight years ago.

Much of what Obama is proposing in his budget builds on funds already set in the stimulus package. Here are some of the highlights of the President’s fiscal request for the Department of Education:

Early Childhood Education
Obama talked a lot about comprehensive “Zero to Five” systems on the campaign trail. With this budget, he’s out to make good on that promise by helping states expand access to early childhood education, improve the quality of those programs, and better inform parents about their options. “We know the most formative learning comes in the first years of life,” Obama said in his recent address. His budget would double the funding for the Early Head Start Program and expand Head Start. The budget also includes funds for the Department of Health and Human Services to further develop the Nurse-Home Visitation program to help at-risk expectant and new parents.

Student Achievement
Obama has taken aim at No Child Left Behind for its failure to support failing schools, but with this budget he makes clear that standards are still the law of the land. “We know that our schools don’t just need more resources, they need more reform,” he said. That means increasing the rigor of standards to help prepare students for college. The budget would invest in schools and non-profits that have shown success in raising student achievement by giving them the ability to expand their work and implement further innovative approaches. That would include money for successful charter school models, while simultaneously increasing state oversight “to monitor and shut down low-performing charters schools.” The budget also proposes a new program called “Promise Neighborhoods” which would test innovative strategies to improve academic achievement and life outcomes in high-poverty areas.

In addition to improving student’s abilities, the budget also aims to change the way public schools assess those abilities—creating tests that truly measure a student’s knowledge, including their critical thinking skills. Resources will also be given to schools to help improve assessments for students with disabilities and English language learners.

Teacher Performance
Research has shown that the teacher quality has a huge impact on student achievement. “You can have the best accountability system in the world, but if you don’t have good teachers in the classroom none of that is going to matter,” Carey says.

As a way of putting effective educators in front of classrooms, this budget would provide incentives for teacher performance and rewards for teacher success—a highly contentious issue for many teachers unions who believe that such a payment system would be unfair and unruly.

“This shows Obama’s willingness to engage on some politically controversial issues,” Carey says. Indeed, the budget did not shy away from this issue, stating that there would be money to support efforts by states “to implement systems that reward strong teacher performance and help less effective teachers improve, or, if they do not improve, exit the classroom.”

Carey points out that these systems would not be imposed from Washington, but would be determined on a local-level. Most likely, Carey says, the Department of Education will give competitive grants to districts that are willing to work with teachers to lay out parameters for incentives.

Higher Education
Data from the Student Right-to-Know Act shows that less than 40 percent of students earn their degrees in four years from a typical institution—a fact that Obama hopes to turn around, with a goal to regain our position as the country which graduates the highest number of students by 2020. “He put a marker down that he was going to focus on that,” Carey notes.

In his address to Congress, Obama implored every American to strive for one year or more of higher education or career trade. “Whatever the training may be every American will need to get more than a high school diploma,” he said.

The budget plan would ensure every American is able to do that in three ways:

This big push for higher education is part of the emerging theme of the new Department of Education: preparing students for a global economy. “America's students and workers need a higher level of education and training," U.S. Secretary of Education Arne Duncan says. "President Obama's proposed budget calls for a historic investment to make college more affordable and accessible and to help more students succeed once they get there."

With this budget announcement, the new administration promises to find out, and fund, what’s working to help students learn, and to diagnose and eradicate the root problems in the education system.

This budget is by no means set in stone. Further details, including more specific numbers, will be released in late April, and Congress will get on board for the long journey towards approval by the time the fiscal year begins in October.

Next Article: Obama on Teacher Recruitment and Retention
We enable strictly necessary cookies to give you the best possible experience on Education.com.Cookie policy