Log in with different email
For more assistance contact customer service
School and Academics
Helping Your Child with Writing
The Olympic Athlete: A Gold-Medal Writing Project 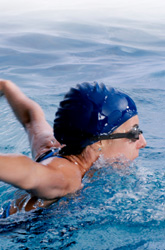 The Olympics isn’t just a portrayal of athleticism at its best, it’s also a well-played drama where personalities clash, challenges are overcome, and the determination of the human spirit serves as an inspiration to all.

The best part is: These stories are real. The Olympic Games provides a great opportunity for your child to practice her writing and research skills.

If your little one is fascinated by the pure beauty of figure skating, she might be interested in a duo on the U.S. team, Meryl Davis and Charlie White. They've been partnered together for thirteen years, and were just 0.4 points away from winning an Olympic medal in the 2006 Winter Olympics.

Your child may be captivated by the story of runner Lopez Lomong, who was one of the 27,000 boys displaced during the Second Sudanese Civil War, eventually moving to the United States as a refugee. He carried the American flag at the 2008 Opening Ceremonies, and ran the 1,500 meter race in his first international appearance.

Whichever athlete, team or event catches your child’s attention, encourage her to take on the role of a sports journalist! Here’s a guide to a fun writing project, Olympic-style:

Step 1 If your child has an interest in a particular sport, you may want to start your research there. The Official Web Site of the 2010 Vancouver Olympics has statistics for all of the athletes participating in the games, searchable by sport. The site includes photos, occupation, level of education, and the athlete’s results in the last Olympic cycle, among other information. Some key questions to ask are:

Step 2 Once your child narrows down her field of interest, encourage her to choose one athlete to research. The information about the athletes on the official web site of the games is fairly limited to statistics. Luckily, many of these athletes have started their own websites, rich with information about where they grew up, what drew them to the sport, and what keeps them going. Your child should write down some basic biographical facts about each athlete that she comes across in her research, such as where and when the athlete was born, events from their childhood that may have lead to their academic success, and data about their past performance. It might be worth searching on YouTube for a video of former competitions that the particular athlete participated in. How does this compare to the athlete's current abilities? How has the athlete's performance developed? Ask your child to write the answers down in her notebook. Other questions to answer are:

Step 3 Now it's time to for your child to gather her raw data and put it into an organized format. Tell your child not to think of this as an essay assignment. Instead, have her pretend that the New York Times has asked her to write a feature story about a particular athlete with an interesting backstory .

In fact, you may want to show your child a few samples of these types of biographical articles to give her a sense of their style and structure. Point out to your child how they usually begin with an interesting factoid about the individual to grab the reader's attention: "When Lopez Lomong started his running career as a young boy, it wasn't for sports. It was for survival." Give your child a few tries at finding just the right leading sentence, or "lead" as it's called in the writing business--what do you think is the most remarkable thing about this person's life, and how would you explain that to a friend?

The second sentence should provide the nuts and bolts of the story: "Lomong, who will run the 1,500 meter race at the Beijing Olympics this summer, was orphaned as a young boy and spent 10 years in a refugee camp in Kenya before becoming a United States citizen in 2007." In the paragraphs that follow, encourage your child to take her reader through the athlete's history from start to finish, incorporating the information she gathered from before, and ensuring that each sentence she writes links clearly to the next.

In the final paragraphs, your child should bring her reader up to speed with a report on the athlete's current performance and thoughts heading into the games: "Now, after years of hardship, Lomong says his dreams are finally come true. And this time, he's running for fun."

Step 4 Ask your child to revise her piece, checking to be sure that her sentences and paragraphs flow well from one to the other, that her grammar and spelling are intact, and that, most importantly, the information that she presents is interesting and fun to read! When finished, print it out along with a picture of the athlete and hang in proudly in your home. This project will give your child a deeper appreciation and understanding of the Olympic spirit, as she watches these true stories unfold.