The Learning Power of Lego 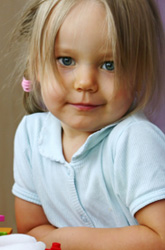 On January 28, 1958, a patent was filed that would change family floors forever. On that fateful day, the Lego brick was born. Since then, over 400 billion Lego elements have been made (an unbelievable 62 bricks for every person on the planet!), and approximately 7 Lego sets are sold each second.

Bricks today still have the same bumps and holes, and can interlock with the bricks made 50 years ago. And they’re still just as popular among kids and adults alike. This year, Lego turns 50, begging the question: what's the big deal with these things?

The Power of the Brick

Colorful and easy to use, Lego bricks have withstood the test of time because of their unlimited open-ended possibilities. There is not just one way to play with a set of Legos.

The classic Lego brick was designed by a Danish carpenter named Ole Kirk Christiansen in the 1940s. Christiansen began to make wooden toys after losing his job, and was soon designing an interlocking brick that would mimic the stacking ability of regular blocks, but allow for more creative building possibilities. He named his product “Lego” after the Danish phrase leg godt, or “play well.”

True to its name, Lego pieces allow for an astonishing range of creative play opportunities. Beyond the fun factor, for younger children, the brightly colored pieces and easily interlocking combinations provide hours of patterning practice and fine-motor development. Looking for just the right piece strengthens sorting skills, a key part of the kindergarten math curriculum. And for all kids, Lego teaches how to think in three dimensions-- a precursor to physics. Children of all ages also hone creativity, problem-solving, and teamwork through Lego play.

Newer Lego product lines, which contain complex kits for building robots, helicopters, pirate ships and other elaborate constructions, have been criticized for swapping creative freedom for step-by-step construction guidelines and limited scenarios. But parents who bemoan Lego's cross branding (with popular series like Batman, Harry Potter, and Indiana Jones) can stick to the classic colored bricks, which are still on sale.

For the Serious Lego Lover

Some kids stack their love of Lego to the next level. Junior First Lego League, for kids ages 6-9, and First Lego League (ages 9-14) are international competitions where teams of kids are challenged to build Lego robots and other inventions. Judged not only on their invention, the kids involved get assessed on their teamwork and presentation as well.

“FLL has been a great experience for my kids,” says Trish Smith of Lexington, Kentucky. “Not only have they learned excellent problem-solving and technical skills, it has helped them develop an important inner confidence and hone team-building abilities. The FLL value of ‘gracious professionalism’ allows them to strive for their best and enjoy their achievements without losing the larger picture of fair play and fun.”

Believe it or not, your little Lego-lover could be learning important skills for the professional world. Scores of architects and engineers have translated a childhood love of Legos to a career of building and designing. And of course, in Lego stores across the globe, and the LegoLand theme park in sunny California, someone has to build those giant brick masterpieces!

Nathan Sawaya has perhaps the coolest job in the world.  This amazing artist spends all day playing with Lego bricks! Sawaya’s art is currently touring North American museums in a show titled, “The Art of the Brick.”

"Using Lego as an art medium for me has had many personal benefits,” says Sawaya.  “With two museum tours criss-crossing North America, one the most rewarding benefits has been seeing kids exposed to fine art through a medium they are familiar with.  'The Art of the Brick' exhibit has brought hundreds of thousands of families into art galleries that may have never stepped foot in one otherwise."

Lego has been going strong for the last fifty years, developing children's creativity, fine motor skills, teamwork, and curiosity. Who knows what the next fifty years will bring!