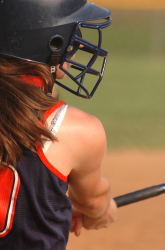 Your teen has been balancing academics, athletics, and high school social life for years now. But all her hard work is about to pay off: as most kids and parents know, the more accomplished teens are in a variety of fields, the better their chances of getting into the college or university of their dreams.

But for some, high school sports aren't just an extra on the college application. In fact, for many accomplished all-stars, sports can mean a free ticket to the college of their choice, and a chance to play with the big boys. But hard work on the field isn't all it takes, according to Nancy Nitardy, former ivy league head coach and author of a scholarship guide for student-athletes called Get Paid to Play. Here is Nitardy's list of do's and don'ts for scoring that athletic scholarship:

Next Article: What You Don't Know About the FFA
We enable strictly necessary cookies to give you the best possible experience on Education.com.Cookie policy