A Secret Weapon for 6th Graders 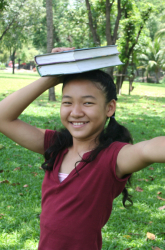 Collect This Article
4.1 based on 38 ratings
by Education.com

For most kids in the United States, sixth grade means changing from one teacher to several, and often going to a new, bigger school as well.   Other than starting kindergarten, it’s the biggest jump kids have ever taken in school.   For some, the change is electric: they leap into their new courses,  make new friends, and find themselves more turned on to school than ever.  But don’t be surprised if things aren’t so easy at first.

The biggest challenge, it seems, isn’t just academics: it’s time. After spending six years in elementary classrooms, kids begin a whole new routine of travel among different rooms, each with its own teacher, books, and homework.   Not surprisingly, many children feel completely overwhelmed.

In fact, says Tiffani Chin, PhD., author of School Sense, and Executive Director of the Los Angeles based EdBoost program, quite a few kids just shut down. “By the first report card,” she says, “I’ll see 30% of kids’ teachers saying they haven’t done a bit of homework.”  Not surprisingly, grades plummet as well.

Want to avoid that mess?  Chin’s #1 solution—and one widely endorsed by schools: make sure kids have a planner, and insist that they write in it every period of every day.   In fact, it’s a good idea to start early, even in fourth or fifth grade; but it’s never too late to introduce it.  What’s important, she says, is that kids see that they are responsible.  “Really hold them accountable,” she advises, “every night.”

If kids are not accustomed to using a planner, expect to give practical help.  Kids’ organizing guru Donna Goldberg advises, for example, that students write homework on the day it’s given, not the day it’s due; that way, they understand that they need to get to it now, not later.  When teachers assign long projects, parents can provide crucial help by breaking down the assignment into chunks and helping kids plan personal deadlines for each stage.    She even advises that kids write down each deadline in the planner along with regular after school sports, lessons, or other activities, so that kids can see, and plan, when they will have time during the school week to work on a long term assignment in addition to nightly homework.

And if your child still can’t quite seem to remember to write down homework, don’t forget: you’re still allowed to follow up.  “Just because it’s middle school,” says Chin, “doesn’t mean you can’t contact your teacher.”  In fact, many schools are now offering online connections for parents, so that you can see your child’s assignments nightly.   Just be sure that you then pass the information on to your child, who is the one responsible for doing the homework.

So if you’ve got a new sixth grader, listen up!  A planner may seem hopelessly low tech, but this inexpensive tool can make all the difference, and it can build lifelong good habits.  Of course, the change can seem as overwhelming to parents as to kids.    But, says Chin, take heart:  kids are stronger than you’d think.  In the end, she says, “It takes about two weeks.  They do manage it.  They really do.”