What Stamp Collecting Can Teach Your Child 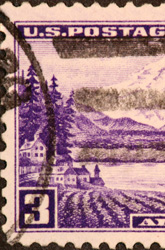 You remember stamps – those little squares of paper you affix to letters and postcards? Believe it or not, July 1st marks the anniversary of the first U.S. Postage Stamp ever issued, in 1847. And, while you may think that postage stamps are going the way of the dodo in the age of email, text-messaging, and video communication, you might be surprised to learn that stamps are more variegated, coveted, and collected than ever before!

What's it to you? For starters, stamp collecting is one of the most popular, family-friendly, and inexpensive hobbies around. “Stamp collecting is very easy,” says Gretchen Moody, Director of Education at the American Philatelic Society (“philatelic” indicates the collection and study of postage stamps). “It's just opening your mail box.”

The best thing about stamp collecting, however, is that it's a great opportunity to learn about new countries, cultures, currencies and landmarks. “Stamp collecting is great as a teaching tool because it is a discovery-based method,” says Moody. “They don't realize that they're learning, but they might discover a stamp that they like that has a name of a country that they don't recognize or know. Their natural curiosity is going to kick in, and they are going to find the answer.” And that means researching, discovering and learning –all outside of school walls!

What else can stamp collecting teach? Here's a sampling of the many lessons to be learned from stamps:

History
Who's that on that five-cent stamp from 1929? You'll have to know a little bit of history and politics to figure it out – not to mention research skills. Because political figures, such as George Washington, and royalty, like Queen Elizabeth II, are usually featured on stamps as well as currency, stamp collecting can be a lesson in prominent figures in different countries, and over different periods of history.

Math
Sure, 1,000 lira sounds like a lot. But you can use a little math to convert the former Italian currency into dollars and cents, and learn about inflation into the bargain. The value of currencies can fluctuate wildly in relation to other world monies, and the economic circumstances in the year in which the stamp was issued. For instance, in 1847, it cost 3 cents to mail a letter. Now, it costs 42 cents. What does that say about the value of our currency? What is the percent increase in U.S. currency since stamps were first issued? Stamp collecting presents an opportunity for any child to practice math and economics concepts – without even realizing it!

Culture
Stamps don't always just feature an image of a prominent political figure: they can show scenes of daily life, or “pastorals,” commemorate an important event, or just showcase artists and cultural icons dear to a country's heart. For instance, the U.S. Postal Service's Literary Arts commemorative stamp series features such notable American writers as Ernest Hemingway, F. Scott Fitzgerald, and Zora Neale Hurston, while recent philatelic releases have included a pastoral featuring alpine animals, a retrospective of mahogany speedboats, and a compilation of comic book heroes. Just think what the stamps of other countries can tell about the arts and culture of faraway lands!