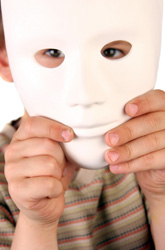 Live theater, and Shakespeare in particular, have been shown to improve vocabulary and reading comprehension skills, and raise SAT scores. Not to mention the cultural enrichment for the whole family. There are Shakespeare festivals in almost every state of the union, but here are some of our favorites:

The Tony Award-winning Oregon Shakespeare Festival in Ashland is one of the oldest and largest non-profit theater groups in the entire country. OSF has productions running eight months of the year and offers many educational programs for children and adults as they work toward their goal of inspiring people to “cultivate a lifelong relationship to theatre and the works of William Shakespeare.”

For people familiar with the Broadway and New York theater scene, it has to be Shakespeare in the Park put on by The Public Theater. Founded by Joseph Papp, the Public has earned over forty Tony Awards in its more than fifty years of producing outstanding theater. Be forewarned -- the Public does not limit itself to productions of Shakespeare, so you may encounter other, more modern shows -- like this summer’s offering, Hair.

At the Colorado Shakespeare Festival, take advantage of a beautiful summer night to enjoy their delicious picnic offerings, or enjoy their other free and low-cost extras, from backstage tours and pre-show talks to a chance to meet and ask questions of William Shakespeare himself!

Shakespeare Festival St. Louis performs Shakespeare, free of charge, in a city park. Box lunches and other treats -- including ice cream! -- are available, and the pre-show festivities, including magicians, percussion ensembles, and lectures on Shakespeare, start at 6:30 pm.

Enjoy summer nights in a Texas-sized amphitheater with the productions of Shakespeare Dallas. They also team up with the Junior Players, the oldest children’s theater in Dallas, this summer producing a “Bollywood” style Midsummer Night’s Dream.

The Illinois Shakespeare Festival offers a range of Shakespearean productions in the summer. On weeknights, their family-friendly pre-shows provide educational content, comedy, and fun facts from the life and times of William Shakespeare. On Friday and Saturday nights, the pre-show is an hour of live jazz performances -- perfect for a night away from the kids.

Sit on chairs or blankets at the Heart of America Shakespeare Festival in Kansas City, or give your kids their own chance to perform the Bard with their Shakespeare camps for kids ages five and up. This summer’s production of Othello raises issues of race, power, betrayal, and revenge. Tell your teenager it’s a live soap opera -- you might be surprised at the response!

The beauties of a Northern California summer only enhance productions at California Shakespeare Theater’s amphitheater, not to mention environmental “effects” -- like hearing coyotes cry or seeing hawks swoop overhead. Cal Shakes also offers a wide range of pre- and post-show talks and children’s programs that include performing abridged versions of Shakespeare classics.

In spite of having all their archives -- and their offices -- destroyed by Hurricane Katrina, the Shakespeare Festival at Tulane continues its fifteen year history of outstanding Shakespeare productions and educational programs in conjunction with Tulane University. This summer’s offerings include the rowdy and brawling Taming of the Shrew and a production of Twelfth Night presented by the festival’s high school student summer program.

As many of these are open air events, dress accordingly. Check out our other tips for family-friendly Shakespearean experience here.

Next Article: Developmental Stages of Drawing
We enable strictly necessary cookies to give you the best possible experience on Education.com.Cookie policy