Log in with different email
For more assistance contact customer service
Child and Adolescent Development
Relationships with Authority Figures
When Clique-y Girls are Grownups: Navigating the Social World of Parenthood

When Clique-y Girls are Grownups: Navigating the Social World of Parenthood 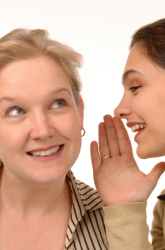 Sound scary?  It can be.  As Wiseman showed in her best selling book, Queen Bees and Wannabees, middle school cliques can become a tangle of exclusive and hurtful behaviors.   Fifteen years of work with schools and kids, however, have convinced Wiseman that there is yet another layer to the problem: uneasy parents, trying to fit in.

What's going on?  “At the root of our actions,” says Wiseman, “lies a deep-seated need to belong.” Parents naturally want their kids to thrive; and, in the complicated social ecology of schools, it's easy to fall right back into old traps.  In her new book, Queen Bee Moms and Kingpin Dads, Wiseman identifies these common roles, among others.

Are parents doomed to eternal seventh grade?  Not at all, Wiseman says; but there's work to do.  She urges sane involvement in children's schooling—modeling good friendships, open communication, and respect.   “You don't have to walk down the street with banners to make the world more socially just,” she counsels.  You do, however, have to be a responsible adult.   So the next time someone offers you a juicy tidbit of gossip, consider passing it up for a healthy portion of good will.  You might be surprised, says Wiseman, by how proud you'll make your child.

Next Article: How Playing Dress-Up Shapes Your Child
We enable strictly necessary cookies to give you the best possible experience on Education.com.Cookie policy