Log in with different email
For more assistance contact customer service
School and Academics
Helping Your Child With Social Studies/History
Why Teach History? 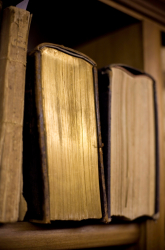 You remember the three ton textbooks, the dusty world map on the wall and, most likely, an impassioned teacher against the chalk board discussing Russia's role in World War II. Ah, yes, history class. Whether you were the kid who always had her hand up, or the kid who found it hard to stay awake, history has traditionally played a significant role in the high school curriculum. But that may be changing.

Even before No Child Left Behind created a heavier emphasis on math and reading, some experts feared that other liberal arts subjects were beginning to be "left behind." That's not to say they aren't being taught; graduation requirements vary from state to state, but most states still require a student to take three social science credits – including a US History class and a World History class – in order to graduate. But, clearly, something isn't sinking in.

Sue Stennes-Rogneff, a high school teacher with 23 years experience who currently teaches US and World History, says she has seen a shift over the years in the way that history has been taught; instead of teaching concepts, there is now a greater emphasis on teaching facts. She says, "There's more of an emphasis on the details rather than on the big picture." This, Stennes-Rogneff notes, makes it harder for the students to retain what they have learned, especially since "a lot of young people are naturally not interested in history."

And that's a fact that has become shockingly evident.

The results of a recent survey commissioned by Common Core, an organization working to bring comprehensive instruction - including history and other liberal arts - to American classrooms, reveal an embarrassing ignorance among high school students of basic US and world history. Out of 1,200 17-year-old respondents to a national telephone survey, nearly a quarter could not identify Adolf Hitler, less than half could place the Civil War in the correct half-century, a third did not know that the Bill of Rights guarantees the freedom of speech and religion, and on and on it goes.

Is this news really all that bad? Why do students really need to understand history anyway? Pulitzer Prize-winning historian Walter McDougall, in an article for the American Scholar (Winter 1998), sums up three important reasons: studying history encourages intellectual growth, as well as serving an important civic and moral function.

McDougall writes, "History is the grandest vehicle for vicarious experience: it truly educates…young minds and obliges them to reason, wonder, and brood about the vastness, richness, and tragedy of the human condition." Studying history provides a context in which to fit all other knowledge – like math, science, or literature – that a student may learn, McDougall says.

If history is taught in an engaging way, teens learn about the significance of past events and personalities, and can relate them to their own lives, according to Lynne Munson, the Executive Director of Common Core. "It's the knowledge of a subject like history that gives you the wisdom you need to put your own life in a broader context, and know what you might be capable of in the future, by knowing what people have done in the past," Munson says. "Without a knowledge of history, your world is very small."

As for history's civic and moral function, proponents of the subject say it, perhaps more than any other school subject, teaches people how to become responsible, contributing citizens in a society. McDougall goes so far as to call history "the religion in the modern curriculum." When teens learn about the values that built the country they live in, the wars that were fought to protect certain ideals, the triumphs and failures of different leaders and societies – they can better understand how their own society was shaped, and what their role in it is. With a knowledge of history young people have the opportunity to learn from the tragic mistakes of past individuals and societies, and to prevent the same mistakes being made over again.

They can also be inspired by great figures of the past to dream bigger dreams and do greater things in their own lives. Munson adds, "It's the knowledge of liberal arts that gives them knowledge necessary to go out in the world" – and, hopefully, make wiser choices.

Next Article: Definitions of Social Studies
We enable strictly necessary cookies to give you the best possible experience on Education.com.Cookie policy