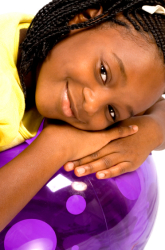 Over a frantic few months, my sixth graders churned out weekly summaries of New York Times science articles, undertook expository essays on Bridge to Terabithia and The Lightning Thief, and then switched gears to tackle persuasive prompts, in which they wrote letters in favor of banning homework. While they were able to label these types of writing, they weren't clear about the purpose of the assignments, or how to approach them.

Download Article
Summaries are succinct, including essential facts – like the five Ws – while expository essays are loaded with specific examples and supporting points. Many kids were confused why one assignment was supposed to be brief, while another was long and detailed.
Some teachers are hesitant to categorize writing into genres. “My students crave direction and constant reassurance that they’re doing the right thing,” says Erin Kochakji, a sixth grade English teacher in Los Angeles, California. “I struggle to find a balance between providing structure and encouraging creative freedom.”
Formulas, particularly for an expository essay, are spoon-fed to kids who have never attempted one before. But many instructors try to practice a more open philosophy to develop critical thinking skills. “Writing is often taught in a vacuum where teachers present a unit on a particular type of writing,” says Kochakji. Teachers set up the structure, show model examples, and then give students a context within which to write. “But students are seldom self-directed in choosing a mode of writing. They are used to waiting until given directions.”
When Kochakji gave a timed prompt and left her students to fend for themselves, they panicked. But the results surprised her. “Students who had been struggling wrote fresh perspectives on the topic, while those I’d expected to excel had stumbled. They tried to figure out what they were supposed to write, instead of expressing their actual viewpoints. I realized I’d been equating good writing with following directions.”
Introducing the spectrum of genres, then, is tricky. But kids must become familiar with different forms before they can break free from their sets of rules. Here’s a sampling of types of writing, examples of prompts your child may face, and tips to tackle them:
The goal of a summary of an article or chapter is to briefly restate the main idea in one’s own words, with main details that accurately sum up the text’s intent and purpose. No opinions, irrelevant details, or facts not in the original source are included.
Prompt: Read the excerpt from “The Youngster Business,” a chapter from Eric Schlosser’s Chew on This. In one paragraph, summarize the backgrounds and contributions of Ray Kroc and Walt Disney.
Tips:
Expository writing requires investigation and expansion of an idea. This essay states a thesis in its introduction and presents reasons and examples to support the argument. Expository pieces may be written in various formats, but a five-paragraph essay is the structure from which blossoming writers begin.
Prompt: In Rick Riordan’s The Lightning Thief, examine how the protagonist, Percy Jackson, becomes a hero. Use examples from the book and evidence from Greek mythology to illustrate his epic quest.
Tips:
A persuasive (or argument) essay uses research and expert opinions to show the validity of a viewpoint. Successful persuasive writing targets a specific audience, disproves the opposing argument, and offers alternatives.
Prompt: Your school administration plans to purchase a dozen vending machines, full of soda and snacks. In a letter to your superintendent, state your support or opposition to this venture and present facts to defend your stance.
Tips:
Descriptive essays, however, don’t rely on facts and statistics. Here, vivid language describing people, places, objects, memories, and experiences is the key. Sights, sounds, smells, tastes, and textures evoke emotions and create pictures in the reader’s mind. The subject may be mundane – a stroll through a garden, perhaps – but concrete vocabulary, observation, imaginative comparisons, and feelings bring it to life.
Prompt: Read the excerpt from John Muir’s “The Treasures of Yosemite.” Note his meticulous descriptions of landmarks in Yosemite Valley, from mountains, creeks, and waterfalls.
Choose a place special to you and your family and write a descriptive essay about it. Like Muir’s piece, bring several locations or elements to life within this place, using sensory details and appropriate language to express a particular mood.
Tips:
In personal narratives, your child is free to experiment with voice, style, and subject matter, from life-changing experiences, like starting a new school or coping with death, to family adventures and childhood memories. Reading like literary nonfiction or memoir, personal narratives usually reveal a lesson learned.
Prompt: Recall an unusual gift you were given in the past. Tell a story about it to show what made it unique or surprising. Think about how structure can complement your story, and consider using chronological, flashback, and/or reflective modes. Pay attention to your point of view and tone.
Tips:
To learn more about different genres, check out www.thewritingsite.org.
Next Article: Stimulating the Senses: The Art of the Descriptive Essay
We enable strictly necessary cookies to give you the best possible experience on Education.com.Cookie policy