Log in with different email
For more assistance contact customer service
School and Academics
Advocating for School
Outrageous School Policies: What You Can Do

Outrageous School Policies: What You Can Do 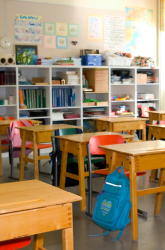 There was a lesson to be learned in the case of Zachary Christie, a 6-year-old first grader in Delaware who brought a camping utensil along with his lunch. The tool included a folding fork. Unfortunately for Zachary, it also included a folding knife. That automatically made it a "dangerous instrument" under his school district's rule, which had zero tolerance for any dangerous instruments brought to school.

Zachary was sentenced to 45 days in the district's alternative school. But following outrage from parents and lawmakers alike, the school board allowed him to return to school and amended the policy to include only a 3- to 5-day suspension for kids caught with dangerous instruments, if they are in kindergarten or first grade.

The incident raises questions about what parents should do if they encounter a school rule they think is unfair. Here's how parents can flex their muscle at schools around the country:

Don’t Be a Stranger

Diane Cargile, president of the National Association of Elementary School Principals, says parents can and should be vital partners with schools in setting up rules. Principals and administrators want input from parents when rules are being discussed, so don't wait until there's a problem to show up at school. "We want parent involvement,” she says. “That's how schools are made.”

The handbook that goes home at the beginning of the school year is worth reading, says Kathy Cowan, director of marketing and communications for the National Association of School Psychologists. The truth is that most parents often don't know the rules and policies, she says. "Parents these days are so busy and may be working two jobs. I don't think it's because they don't care; it's because they are busy."

Once you've gone through the handbook, it's time to sit down with your child and emphasize the rules you think are most important to keep in mind. For older kids, walk through the entire handbook together. In some cases, a student breaks a rule he didn’t know existed. Also, reading rules together works as a deterrent in itself, because the child knows he can’t “play dumb” and say he didn’t know the rules.

Whether you have an issue with the school rules beforehand, or after an incident happens like the one with Zachary and his camping tool, don't hesitate to go to the school administration, school district or parent-teacher association. "It can be difficult for some parents, who may be busy or feel intimidated," Cowan says. "But a really good school administration is open to conversations with parents." Changing school rules takes some pushing, but it’s not impossible.

Zero-tolerance policies are rules that require a certain punishment often without allowing the school principal or administrators any discretion, and Cowan argues that they aren’t good for schools. “If the parent community doesn't understand the consequences of zero tolerance and stand up to it, then zero tolerance will live forever," she says. "At its best, zero tolerance is a tool schools use to shield themselves from liability."

Both Cowan and Cargile agree that parents often have more power to affect rules at their children's schools than they realize. Educate yourself about the rules now, and you may save yourself lots of headaches later.

Next Article: When to Talk to Your Child's Teacher
We enable strictly necessary cookies to give you the best possible experience on Education.com.Cookie policy