Log in with different email
For more assistance contact customer service
Child and Adolescent Development
Character Development
Ethics in the Classroom: What You Need to Know

Ethics in the Classroom: What You Need to Know 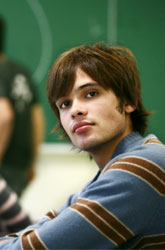 Collect This Article
3.4 based on 70 ratings
ByAnna Weinstein

Ethics and morals are often associated with religion, but schools can also provide important lessons in ethical thinking and action.

“There’s a big fear out there that somehow teaching ethics in school will seep into students a particular religious viewpoint,” says Dr. Bruce Weinstein, aka The Ethics Guy. “But ethics must be taught and are being taught in school. It’s impossible not to teach ethics in a school.”

Weinstein, who writes a weekly column for BusinessWeek.com and recently released the popular book Is It Still Cheating if I Don’t Get Caught?, says if schools have a code of conduct, they are teaching ethics.

According to Weinstein, there are five basic principles of ethics that are common to all faiths:

These values are defined differently in different parts of the world, but they are cross-cultural and expected among all groups of people. And Weinstein says they should extend beyond the walls of the sanctuary and should be taught and expected in homes and classrooms as well.

Dr. Larry Hinman, Professor of Philosophy and Director of the Values Institute at the University of San Diego, explains that ethics in a secular context has to do with what people have in common in terms of humanity. “The questions we’re facing now are not how can we live well within our group, but how can our group live well with other groups in the world,” Hinman says. “We need to spend a lot of time listening to what other people say about their values, rather than just making assumptions. The more we’re able to see the common ground, the better our chance will be of building a strong society and a strong world.”

According to Weinstein, children today are looking to the culture at large for ethical guidance, and many adults are not setting a good example. And it’s not just the bankers (whose misconduct is easily identified within the current economy). Weinstein says children are looking even at the conduct of athletes, for example. “These athletes beef themselves up with steroids,” Weinstein says, and children think to themselves, “If these people can get away with it, why shouldn’t I?”

He points to a 2008 report released by the Josephson Institute of Ethics that found that of more than 30,000 high school students surveyed, approximately 65 percent admitted to cheating. Schools must teach ethics, Weinstein says, “otherwise the Bernie Madoffs of the world will set the standard.”

Hinman, too, is concerned with cheating—particularly students’ difficulty in understanding how it is harmful. “I’ll have a conversation with students about what, if anything, is wrong with cheating—who gets hurt,” Hinman says. “And most often, students think, ‘If nobody is getting hurt, how is it harmful?’” But Hinman explains that when someone cheats, it makes an unequal playing field. And if everyone were to cheat, we would be back to square one because no one gets an advantage.

“I feel I have an ethical obligation to the students who are following the rules to make sure that the playing field is level,” Hinman says. “It’s not so much about being out to get cheaters as much as what do you owe to the people who play by the rules?”

The focus on rewarding good behavior rather than punishing bad behavior has a long history in the Character Education Movement, which began about three decades ago. Katie Lang, Senior Researcher at the Ethics Research Center (ERC) in Washington DC, says the movement was established to encourage teaching core values in schools. “There was a question of ‘Is it possible to teach values without teaching religion at the same time?’ This was an attempt to teach the importance of doing the right thing in a classroom setting.” The Character Education Movement looks at various ways to teach values, often involving role modeling and taking advantage of teachable moments. “A lot of schools have students of the month, for example,” Lang says. “They look for ways to recognize and reward students who personify the values the school is trying to promote.”

Hinman and Weinstein share the following reminders for behaving ethically and teaching children and young adults to behave ethically:

Try not to hurt people. Weinstein says if hurting others is unavoidable, for example, in breaking up with someone or firing someone, it’s important to minimize the hurt. Say just enough to make the point clear; don’t say anything that will hurt the person unnecessarily. Hinman reminds us also that it’s important to not be hurtful to people who don’t fit the mainstream, whether it’s a student who is homosexual or a student with disabilities. Hinman explains that the risk factors go up dramatically for these students, and kindness (not cruelty) is a necessity.

Weinstein says it’s important to help people—and to know the difference between helping and hurting. If you’re a teacher, assign only the amount of homework that is helpful. If there’s a new kid in school, make him feel welcome. If you see someone in need, lend a helping hand. Say something kind. Make people feel good about themselves. Be a part of creating a community where people trust one another. Hinman says if you don’t have trust in a community, people won’t take risks and won’t share who they really are.

Weinstein explains that we show respect by telling the truth, keeping our promises, and not listening to or spreading rumors. If someone tells you a secret, don’t tell anyone else. Hinman points to the importance of teachers respecting students. Don’t treat a child with disrespect or disdain. Don’t crush a child’s spirit. Hinman reminds us that one of the primary goals in a school is to create a community with varying talents that flourish. One of the foundational values for that, Hinman says, is respect—respecting one another and our differences.

Part of being loving, Weinstein explains, is having compassion for others. Show people you care about them. Weinstein recalls his 5th grade teacher telling his class that if they did drugs, he would haunt them for the rest of their lives. “When you look at those words on a page, it looks like a threat,” Weinstein says. “But this was his way of showing that he cared about us. And that’s one of the main reasons that I didn’t get involved in drugs.”

Weinstein recently rekindled his relationship with this 5th grade teacher. He flew to see him last year, and he thanked him personally for the influence he had on his life. “That may be going above and beyond the call of duty,” Weinstein says, “but even just a simple e-mail can show you care.”