How to Help Your Child Overcome Rejection 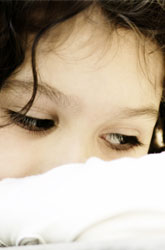 Sometimes, it seems like school is one long popularity contest. And when your child is chosen last for sports teams, or gets the lowest grade in class, it’s no wonder he feels rejected. Atilla Ceranoglu, M.D., a Child and Adolescent Psychiatrist at Harvard Medical School, says, “Being rejected is a part of growing up. No child escapes the occasional brisk slap of exclusion from a group.”

But his reaction to it will change, Ceranoglu says. “Young children, such as preschoolers, are often easily distracted and are much more likely to shrug off a push or a shove… For older children, sadness, anger and self-loathing may manifest commonly when felt rejected. School age children may be more susceptible to rejection by peers than preschoolers, but are often more resilient than teenagers.”

The big question, of course, is what can you do to help? Ceranoglu says parents have a lot more to offer in this department than they may think. Sometimes just listening and acknowledging a child’s frustration is enough. “For others,” he adds, “taking time to train them in new and effective social skills will resolve the problem. For younger children, reminding them to share and wait for their turn, playing according to rules and consistently demonstrating these skills to them while actually playing with them and their siblings will do the trick.”

If your child's feelings of rejection need more hands-on intervention, here’s a 3-step approach to try:

Acknowledge
Ceranoglu suggests listening to your child’s side of the story, without challenging it, and acknowledging his feelings sympathetically. “Say something like, ‘that must have hurt your feelings to be left out of the game,’ or ‘it must be upsetting to get an F on that assignment.’

It is also important for you to make a distinction between feeling and emoting. Author and psychologist Ernie Vecchio, Ph.D., says healthy children feel more and emote less. Emotional children will keep the experience of rejection in the present. Vecchio says the solution for parents of emotional children, then, is to teach them that “emotion is energy + motion. When on the receiving end of rejection, do not give the thought energy and it will dissipate.” This technique allows your child to choose how to feel rather than being a victim of his emotions.

Explore
The next step, Ceranoglu says, is to help your child explore what they can do to improve the situation. “You may say something like, ‘I understand it is upsetting that your friends did not ask you to play whiffleball with them. What are you going to do to have fun now?’”

You can help him to do that, too, by:

Ceranoglu adds, “Provide other common examples: Michael Jordan was cut as a sophomore from his high school team, but didn't give up – he practiced even more, tried out again the next year and went on to become one of the greatest athletes of all time. Even Albert Einstein failed his first college entrance exam!”

Vecchio advises digging a little deeper into what happened, so your child can prevent it from becoming a recurring pattern. “ We say that adversity builds character, but leave out that it must be torn down a little bit first. When rejected by someone, examine why it hurts.“

Adapt
Maybe the rejection came because the activity involved was not your child’s core strength. What else does he enjoy that he could do instead? Sure, your child might want to just go out there and “try, try again,” which is a great attitude to have. “If your child truly loves the activity at hand, do everything you can to nurture it,” advises Ceranoglu.

But he points out that plans can change. “A child who auditioned for the school play that featured his favorite movie on stage was initially disappointed when he was not cast, but was quite satisfied when the teacher gave him the responsibility of stage lights.”

We all have talents, gifts and strengths, and focusing on what he’s good at will help any child overcome rejection.