Why Some Schools May be Happy About Dropouts 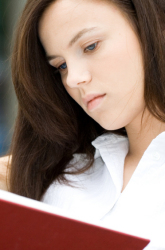 The notorious No Child Left Behind Act (NCLB) was created to address the issue of education gaps, but is it also responsible for an increase in dropout rates? Sadly, the answer might be yes. The unfortunate new trend in some public schools is to let children drop out, and the reason has its roots in NCLB.

In theory NCLB is a federal reform that creates standards in education so that no matter what public school a third grader went to, as long as he was in the same state, he would learn the same curriculum. But the catch is that if the school doesn't test well in statewide exams, it'll receive sanctions. Sanctions are light if the school doesn't perform well for two years, such as a mandatory extension of the length of the school year or day. But if the school continues to perform poorly over the next few years, the state can restructure the school including firing any educators and even changing it into a charter school. So, NCLB provides a carrot and a stick: if schools perform well they get more money, but if they don't do well they lose control to the state. And with NCLB already underfunded, lower performing schools get even less money.

NCLB only looks at test scores, not at graduation rates. So, if a low-scoring student drops out, it will increase the school's overall score. Now, some schools are “pushing” their low-preforming students to drop out in an effort to increase their NCLB funding. Although schools call the dropouts various names to try to reduce unfavorable statistics, it comes down to the fact that students leave school and don't come back. Bob Wise, the President of the Alliance for Excellent Education, a nonprofit organization focused on high school improvement, is concerned with this trend: “In this country about 7,000 students per school day drop out of school.”

Although these numbers are staggering, the average public school doesn't push students to drop out. However, some schools do it so much they're dubbed “dropout factories.” According to Bethany Little, Vice President of Policy and Federal Advocacy at the Alliance for Excellent Education, “Less than 10% of our schools are producing half of the dropouts.” Congress' findings in the proposed reversion of NCLB report that by the time students become seniors in a dropout factory as many as 60% of their freshman class may have dropped out. “Most of the dropout schools still make Title I [funding] because kids drop out before they take the test [that determines NCLB standing],” says Little. So not only are the schools getting away with it, they're being rewarded in dollars.

There's hope on the horizon. A potential revision of NCLB called The Every Student Counts Act would factor graduation into the equation, and would require an accurate graduation rate calculation. Under the Act, a school with less than 90% of students graduating both overall and in racial subgroups would be held accountable for increasing those yearly rates. Another potentially helpful act not tied to NCLB is the Graduation Promise Act, which aims to give money to the schools that need it most. These low performing schools must have a time-table to increase their scores and graduations by an alloted amount or risk state sanctions and possible state take-over.

Every parent would agree that we all want schools to succeed. California Congressman George Miller says it best when speaking at a recent conference entitled "From No Child Left Behind to Every Child a Graduate:" “I am the proud author of No Child Left Behind, I believe it has reevaluated how we consider education...But what I want to be is the author of a No Child Left Behind that works.” If you feel strongly about this issue, talk to your school or government official about how a solution can be reached.

Read the proposal for the Graduation Promise Act: http://thomas.loc.gov/cgi-bin/bdquery/z?d110:s1185:

Read the proposal for the Every Student Counts Act: http://thomas.loc.gov/cgi-bin/query/z?c110:H.R.2955:

To talk to your representative go to: www.congress.org