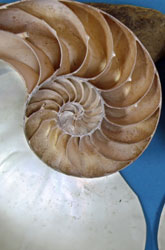 Should the idea of intelligent design—or at least the mention of its existence—have a place in science curricula throughout the country? It's one of the passionate debates in recent years, and centers on the teaching of Darwin's theory of evolution in classrooms.

In the past two years, both Texas and Louisiana have taken steps that allow science classes to consider other evolution theories, and state legislatures in Florida, Missouri and Mississippi are gearing up to consider some form of the debate surrounding the inclusion of intelligent design in science classes, perhaps this year.

Want a refresher on the debate? Here's what you need to know.

Charles Darwin's theory of evolution proposed that all living things can be traced to the same microscopic organisms. This form of life changed and mutated over time, with natural selection explaining the survival of the strongest of the species. Intelligent design, on the other hand, questions evolution as the answer for the creation of the universe because too many aspects of evolution cannot be explained by natural selection, arguing for an "intelligent cause" to instead logically account for the creation of all things.

The battle over intelligent design reached the courts in 2005 with the school board in Dover, Penn., when a district court judge struck down a statement endorsing intelligent design as violating the separation between church and state.

The issue cooled nationally for several years, but in Texas last year, the State Board of Education voted to allow school districts to include critiques and analysis of scientific topics taught to students, which would pave the way for the mention of intelligent design.

Two years ago, the Louisiana Legislature passed the Louisiana Science Education Act, which mandates the Board of Education to "assist teachers, principals and other school administrators to create and foster . . . critical thinking skills, logical analysis and open and objective discussion of scientific theories."

Here's the opposite side of the argument from Daniel Mach, director of litigation for the American Civil Liberties Union Program on Freedom of Religion and Belief.

February 8, 2010
Next Article: New Exhibit Takes Kids Inside Their Brain
We enable strictly necessary cookies to give you the best possible experience on Education.com.Cookie policy