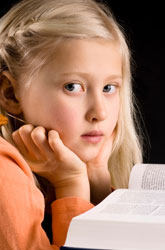 Actress or engineer? What would you rather your daughter grow up to become?

According to a recent national survey of youth and their parents conducted by Harris Interactive for the American Society for Quality (ASQ), more female students ages 8 to 17 say their parents encourage them to become actresses (21 percent) than engineers (10 percent). Surprised? This compares to the 31 percent of boys who say their parents have encouraged them to think about an engineering career.

The National Science Foundation estimates that the shortage of U.S. engineers will reach 70,000 by 2010—a troubling estimate that prompted ASQ to initiate the survey as a means of understanding students’ perceptions of the field. The survey also found that both male and female students are not interested in the field of engineering because they don’t know much about it (44 percent); they think they would prefer a more exciting career (30 percent); and they don’t feel confident enough in their math and science skills (21 percent).

“There’s a big sense right now that we need to grow the American pool of individuals who are prepared for the fields. There are a lot of people speaking out for this right now,” says Dr. Jolie Cizewski, Dean of the Graduate School for Rutgers University’s Department of Physics and Astronomy. In fact, Rutgers has an office dedicated specifically to promoting women in these fields; Rutgers’s Office for the Promotion of Women in Science, Engineering, and Mathematics serves as a resource to women in science fields and also describes the status of women in science, technology, engineering, and mathematics (STEM) at Rutgers.

Cizewski says providing mentorship is a critical component to recruiting and supporting young women who want to enter STEM fields. Cizewski, who has a PhD in physics, explains that nationwide about 20 percent of the undergraduate degrees in physics are given to women; 15 percent of PhDs in physics go to women; and only 6 percent of physics faculty members are women.

“High school preparation is no longer the barrier that is was 20 to 30 years ago,” Cizewski says. “But I think a lack of role models is a barrier to success. There are so few women—maybe 1 or 2 percent of the PhDs go to ethnic minorities, and when I listen to younger women, they worry about how to juggle career and family issues. But by meeting lots of role models, they can see how you do balance these things. They can say, ‘Oh, that’s a model that maybe I can follow.’”

Patricia Campbell, founder of Campbell-Kibler Associates, has been doing research and evaluation to increase gender and race equity in math, science, and technology education for more than 25 years. Initially a professor of research measurement and statistics at Georgia State University in the early 1970s, Campbell began her research company after receiving tenure. “This was something I really wanted to do,” Campbell says. “It’s research I believe in, and I believed at the time that I could be most effective in this role.”

Campbell-Kibler Associates began in 1979 and was named after Campbell’s daughter, who sued the state of Georgia (and won!) at the age of 4 months when the state would not allow her to have a hyphenated last name. (At the time, Georgia required that babies simply take the last name of the father, if the parents were married.) Today, Campbell’s company works collaboratively with universities and school districts to research trends of students in STEM fields, and study why more male students than female students enters these fields, for example.

“The numbers are improving,” Campbell says. “There are more female students in these fields in higher ed these days, and there are more young girls who express interest in pursuing these careers.” Campbell says she has found over the years that parent encouragement is key. Children are most likely to be influenced by their parents, and encouragement or discouragement can have significant results.

Want to encourage your daughter (or son) to pursue a career in STEM? Here are a few pointers from Campbell:

Small but significant steps will build a solid future for the nation's daughters, so get started talking about math and science today!

For more information about ASQ and the recent survey, visit www.asq.org.

Next Article: Basic Goals of Science Education
We enable strictly necessary cookies to give you the best possible experience on Education.com.Cookie policy