The Hidden History of Nursery Rhymes 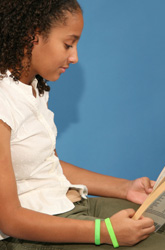 Many of the nursery rhymes that we have read to our children have their origins in British history. Rhymes were written for many different reasons. Some rhymes were written to honor a particular local event that has since been forgotten, while others were written to express feelings of love. Rhymes were also used to hide real meanings, such as when someone wanted to express displeasure toward the government or the sovereign without being executed! Another reason for rhymes is that they’re easy to remember, and therefore could be spread by word-of-mouth—an essential feature for a large population of people who could not read or write. Here are some common nursery rhymes that have interesting interpretations regarding figures and events in British history. But be warned, they are not for the faint-hearted!

Mary, Mary Quite Contrary “Mary” is referring to Mary I, daughter of Henry VIII. The Catholic queen received quite a bad reputation during her short reign for executing Protestant loyalists.  The garden in the rhyme is referring to the growth of a graveyard. Silver bells and cockleshells are believed to be euphemisms for instruments of torture. The “maids” is slang for a beheading instrument called “The Maiden” that came into common use before the guillotine.

Three Blind Mice - The first written variation of Three Blind Mice dates from 1609. The three blind mice were three Protestant loyalists who were accused of plotting against Queen Mary I. The farmer’s wife refers to the queen who with her husband, King Philip of Spain, owned large estates. The three men were burned at the stake.

Ring Around A Rosy - Ring Around A Rosy is said to refer to the Great Plague of 1665. The plague caused a high fever and a rash in the form of a ring hence the name, Ring Around A Rosy. Putting herbs and spices in the pocket of an ailing person in an attempt to freshen up the stale air was a common practice, thus the “pocket full of posies”. “Ashes, Ashes” is an American variation of the English version which is “A-tishoo, A-tishoo” or someone sneezing. Plague sufferers had a fit of sneezing before they passed away or when “we all fall down”.

Little Jack Horner - The story behind this rhyme is that “Jack” is actually Thomas Horner, a steward to the abbot of Glastonbury. The abbot sent Horner to London with a Christmas pie for King Henry VIII. The deeds to twelve manor houses were hidden in the pie.  The abbot did this in an attempt to ingratiate himself with the king during the Dissolution of the Monasteries. On his trip to London, Horner put his finger in the pie and pulled out the deed to Mells Manor. Shortly thereafter, Horner moved into the manor. His descendants have lived in the manor house for generations. Horner’s descendants dispute this story and claim that Horner fairly purchased the property from the king.

London Bridge - London Bridge hasa rich history and can be traced back to 1659. In fact, London Bridge is so well known that many countries have their own version Bro, Bro, Brille in Denmark, Die Magdeburger Brucke in Germany, Le Pont-Levis in France, and Le porte in Italy.

While the alleged meanings of some of these rhymes may or may not be true, it sure is a fun way to remember events in British history.  It may also be used as a jumping off point to study other nursery rhymes that may contain old words that give away their British origins.  For more information on the origins of nursery rhymes, you can check out these reference books, The Annotated Mother Goose and The Oxford Dictionary of Nursery Rhymes.