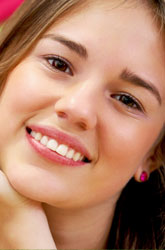 For 21st century teens, credit cards have become a rite of passage – like cell phones and drivers’ licenses. Teens are quickly becoming one of the largest target markets for credit card companies, with more and more youth culture campaigns popping up each year. That’s because credit card companies know that teenagers are consumers, forming one of the largest population demographics in the country and spending upwards of $200 billion annually. But, with a global credit crisis underway and teens racking up more debt than ever, how can parents ensure that kids are prepared for the spending power of plastic?

The U.S. Census reported the amount of credit card debt outstanding in 2006 had reached a total of $886 billion and the projected amount of credit card debt outstanding for 2010 is a whopping 1.2 trillion dollars - nearly a 50% increase in credit card debt over the course of four years. And, while the need for financial education and fiscal responsibility among kids and adults alike has never seemed more important, the financial know-how of American teens is falling, while their use of plastic climbs. One study by Jump$tart Coalition for Personal Financial Literacy found that almost 35 percent of high school seniors use a credit card, but that non-credit card users were more financially literate than those who pay with plastic.

The good news is that more people are realizing the importance of educating today's youth about financial responsibility. Chad Foster, author of Financial Literacy for Teens, reports that a record 21 states are now mandating personal finance education in public schools. “We must break the cycle of financial illiteracy,” says Foster, who stresses that education is the key to ensuring kids' fiscal responsibility and security. And lawmakers are stepping up to the plate.

On May 22, President Obama signed the Credit Card Accountability, Responsibility, and Disclosure (CARD) Act of 2009 into law, which seeks to change the ways in which credit cards are marketed and managed. The law bans unfair rate increases, requires plain language in plain sight for disclosures and agreements, increases accountability, and institutes protections for students and young people. Among the many provisions included is a section addressing age restrictions, banning credit cards for people under the age of 21 unless they have an adult co-signer or are able to show proof of funds required to pay off debts. Moreover, college students are now required to get permission from their parents or guardians to increase credit limits on joint accounts they hold with adults.

While the new law institutes a number of protections for students and young adults, it's still more important than ever that your child learns how to be credit card savvy. Want to get started? Here are 7 tips for how you and your child can jump start a valuable financial education together and build a solid foundation for the future:

The most important thing parents can do for their kids' financial future is to set a good example. “First and foremost, parents need to be role models,” says Foster. “Kids are looking at their parents today (in the midst of this financial crisis) and they are seeing poor spending habits, seeing them with mortgages they can't afford, swamped in debt and spending beyond their means and this is what they're being taught.” Levine agrees: “Parents need to remember that they are the first and best teachers about money,” says Levine, who says that even those parents who have made financial mistakes of their own can still positively affect their children's financial education.

“Parents are in a position to do an awful lot other than simply teach,” says Levine, who says that going to school board meetings, voting in your local elections, and meeting with teachers are all ways parents can incorporate financial literacy into their children's lives. You don't have to be a CPA to set your child on the path to economic enlightenment. There are things you both can do to ensure that if and when she does get her hands on some plastic, she knows how to use it.